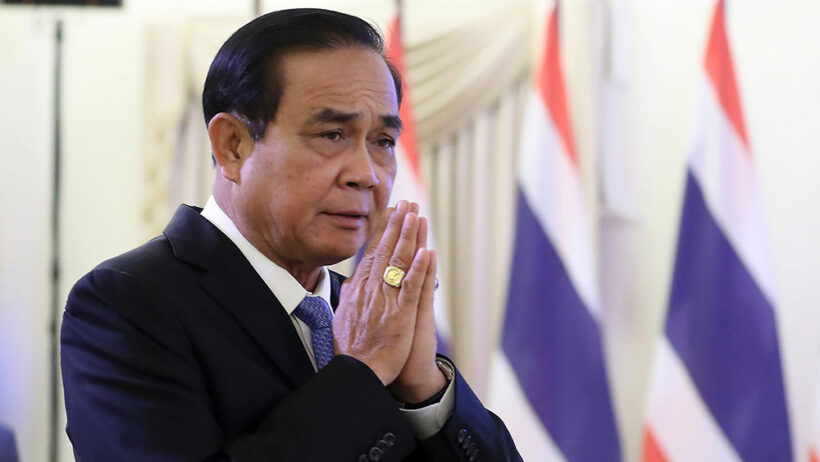 PHOTO: Thai PM praying he can glue back all the pieces of the Palang Pracharat coalition after weekend defection threats

With defections threatened from disgruntled minor coalition partners, Palang Pracharat has been shocked into coming up with packages of party positions to try and ‘keep them happy’ amidst threats to the coalition’s majority.

The Palang Pracharath Party is looking to award a “political position” to some of the single MP parties. Thai PM Prayut Chan-o-cha will hold talks with the group later this week following their weekend threats to defect from the coalition government.

A number of the 10 small (single MP) parties have openly stated they are not happy with the current allocation of government posts and are reportedly threatening to serve independently as independent people’s MPs.

In a bid to mollify disgruntled MPs, Palang Pracharat’s leadership team say they will award a ministerial assistant posts. The new appointments are likely to be approved at today’s Cabinet meeting.

It is reported that up to nine small parties will make announcements about their positions on the problems they are having working as part of the Palang Pracharat coalition later today.