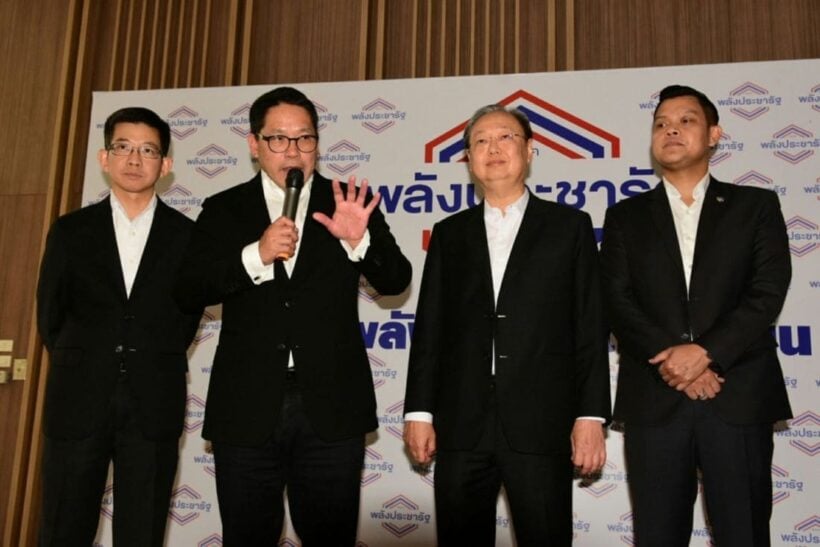 “One source, a core leader in Phalang Pracharat, confirmed the previous deals had been revoked.”

Thailand’s hosting of the ASEAN Summit from June 20 to 23 is forcing Palang Pracharat members to stitch together its government and sort out key ministerial posts before the event.

More than two months after the election, and following the election of a PM that saw Prayut Chan-o-cha return to the office, the parties within the pro-military bloc have yet to reach agreement over ministerial positions. Indeed, it is clear now that the the pro-junta Palang Pracharat party is going to renege on its deals to allocate key ministerial positions to coalition partners in return for their support for the PM vote.

Phalang Pracharat has reportedly insisted on controlling economy-related ministries – Agriculture, Commerce and Transport – that it had earlier agreed to allocate to key partners, the Democrat and Bhumjaithai parties. The backtracking follows intensive talks before the vote for the PM as Palang Pracharat struggled to get a clear majority of votes in the lower house.

One source, a core leader in Phalang Pracharat, confirmed the previous deals had been revoked. If the Democrats and Bhumjaithai refused to accept the new arrangement, the source said, Prayut would have final say on the issue.

Phalang Pracharat leader Uttama Savanayana said in a press conference yesterday that as the PM, it was traditional that Prayut would make the final decision on the Cabinet.

Sources also said the disagreement stemmed from the election of the PM on Wednesday, in which an absent Prayut was criticised for 12 hours before finally being approved in the vote. In charge of the session was the Democrats’ Chuan Leekpai, who was elected House Speaker with support from the pro-junta bloc.

Phalang Pracharat decided it could not lose the crucial economic positions to its partners without suffering disadvantage, the sources said. It would also make it difficult for Phalang Pracharat to play the leading role in administration, they added.

It has been reported that if Phalang Pracharat does not gain control over the key ministries, economist Somkid Jatusripitak would withdraw from the bloc.

Fresh talks among the partners would be based on the political party system by which party executives lead the negotiations and decisions are made at party meetings, the sources said.

Meanwhile, the anti-junta bloc was preparing to form a united opposition to confront the Prayut administration in Parliament.

The Pheu Thai Party could replace its leader, Viroj Pao-in, with Chiang Mai MP Sompong Amornvivat, as it prepares for parliamentary skirmishes as the leading opposition party.

Its secretary-general, Phumtham Wechayachai, admitted on Friday that Pheu Thai began considering the leadership change after political developments landed it in opposition.

Phumtham said Sompong would be an appropriate choice for the job as an experienced parliamentarian, a good organiser and a respected figure able to lead the seven-party opposition. But the decision would have to be made at a party meeting in July or August, he said.

Overstaying Russian tries to change his Thai visa stamp with a pen, badly