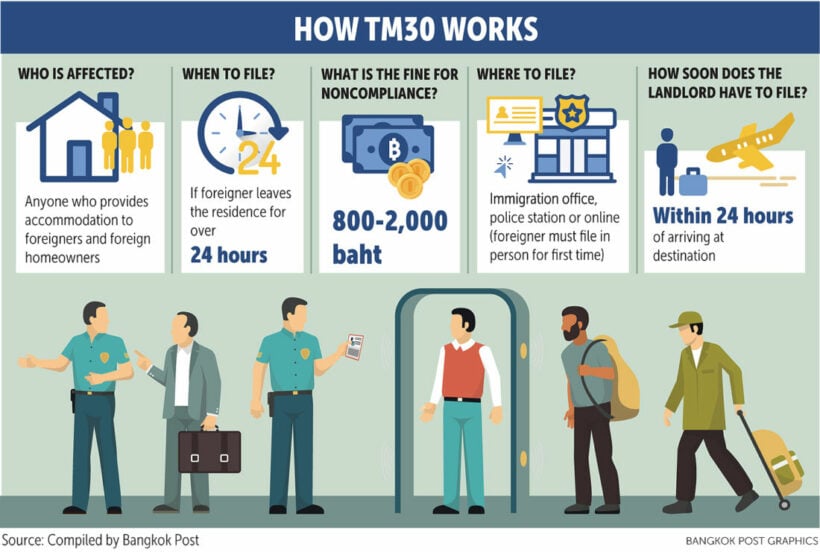 Thai immigration officials say that improvements made to the online TM30 system will help reduce waiting times and that those using the system should now receive a username and password sooner.

Until a user receives this information, he or she cannot report online, a huge source of frustration for many.

Khaosod English reports that Col Thatchapong Sarawanangkul from Immigration Division 1 says it now only takes a week to receive the username and password. He adds that many of the delays are caused by foreigners failing to provide the correct documentation.

“Someone even sent us a selfie of himself and his Thai wife, instead of a document.”

The Immigration Bureau is struggling to cope with an annual 35 million visitors to the country, along with millions of migrant labourers from neighbouring countries, and a substantial expat community.

Even the BBC has waded into the TM30 saga, reporting earlier this week on the problems faced by an American teacher who was fined after her landlord failed to report her stay.

The TM30 system also featured in the Nikkei Asia Review, which accused it of inhibiting freedom of movement and called it, “draconian” and “a Cold War relic.”