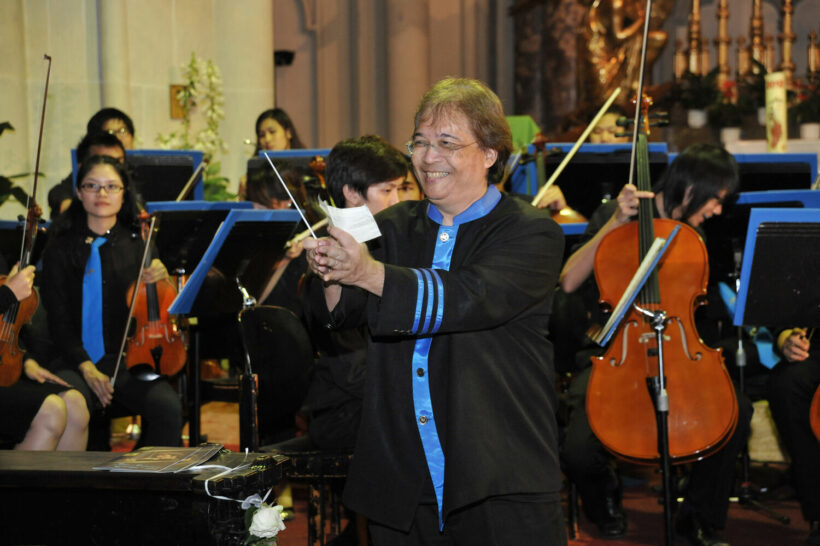 Thai-American musician Somtown Sucharitkul founded Siam Sinfonietta in 2010 to give young Thais the chance for a serious music career. He formed it after he lead young musicians on concert tours to introduce Thais to classical music. That year, he also used music to unify Thais when the country was politically divided. Some of his events were titled “Healing Through Harmony” and “Together We Can.”

Siam Sinfonietta members range from ages 12 to 25, and have to audition to be admitted. The orchestra has won at least two awards, and has toured in California, Berlin, Prague, and Abu Dabi. Some members are members of professional orchestras as well. Somtown Sucharitkul was once called “the most famous Thai in the world” in a newspaper. He was born in Bangkok, but moved to Europe and the US and became a science fiction novelist for some time.

After serving as a Buddhist monk in 2001, Somtown decided to return to Thailand, and to music. He often uses music to promote social messages, and one of his concerts was dedicated to September 11 victims.