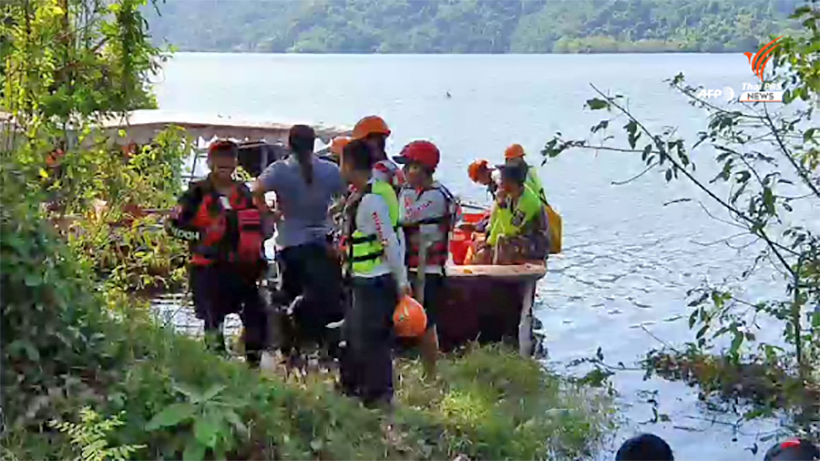 Officials are concerned that the bodies of eight elephants who died after plunging down a waterfall in Khao Yai national park, central Thailand, now risk contaminating the park’s water flowing into a nearby reservoir.

Thai PBS World reports that officials at the Khun Dan Prakan Chon reservoir plan to take a boat upstream to Khlong Ton Sai and scatter anti-pollutant chemicals over the elephant carcasses, which are currently trapped in the water by large boulders. Access to retrieve the carcasses is limited due to the difficult terrain.

Concern was raised after the water started to smell bad, with officials from Nakhon Nayok province conducting constant quality tests on the reservoir’s water supply. The reservoir is filled by water from the creek and Khlong Ton Sai and the province relies on it as a primary water source.

Efforts to remove all the elephant carcasses from the water have been hampered after they became trapped by rocks, with officials only managing to remove three so far.

A large net has been used to trap the elephant bodies and prevent them being carried further downstream, but rising water levels has meant the recovery operation has had to be temporarily suspended. Officials have been stationed to monitor the carcasses.