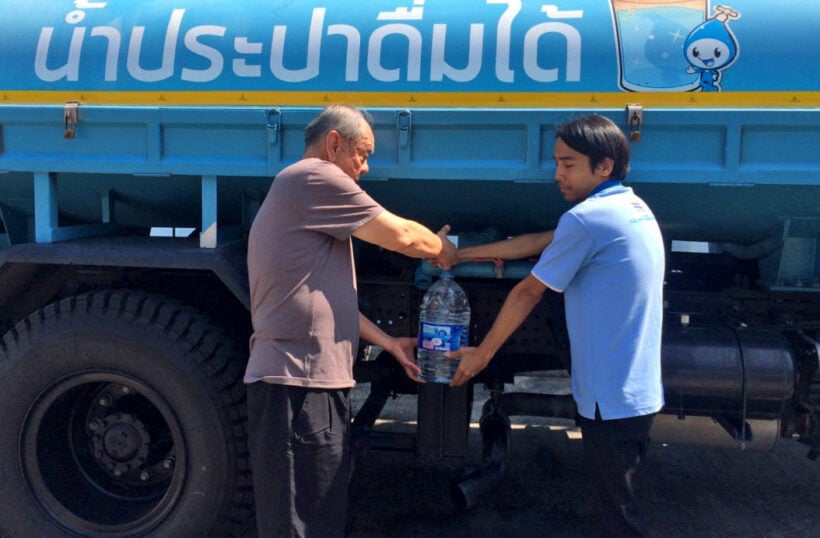 PHOTO: Free water being offered to residents in BKK suffering from rising saltiness in their tap water - The Nation

As water authorities around Bangkok start rolling out a long-term solution to the increasing salinity of the water further up the Chao Phraya river, locals are being treated to free drinking water.

The Metropolitan Waterworks Authority has is transporting tap water from the Mahasawat water factory, in a small district west of the main city unaffected by the saltwater problem, to distribute to the public for free.

People have been invited to take their containers to collect free drinking water at any of the waterworks’ 18 branches around Bangkok, Nonthaburi and Samut Prakan. There is also a Metropolitan Waterworks Authority call centre with a hotline on 1125, 24 hours a day.

The MWA has is also providing a letter of permission that allows the drilling of artesian wells 10 inches wide and to depths of 350-600 metres to produce tap water in four areas – Bang Khen, Min Buri, Lat Krabang and Samut Prakan.

The Department of Groundwater Resources initially approved wells in Bang Khen, Min Buri and Lat Krabang, while Samut Prakan was in the process of being considered. Each well will use nearly 54,000 cubic metres of groundwater to produce tap water per month. More than 5,000 households will benefit from the measure.

In recent months the problem of increasing salinity has become worse. High tides, rising sea levels, a worsening drought – all compounded by Bangkok’s decades-long sink into the marshy delta it was built on – are driving sea water deeper into the coastal areas of the Chao Phraya river. This is now palpably threatening tap water in some parts of Bangkok and its suburbs to taste salty.

The salinity of water from the estuary of the Chao Phraya River up to Samlae station in Pathum Thani, north of the city and some 40 kilometres up stream from the Gulf of Thailand, is being closely monitored. 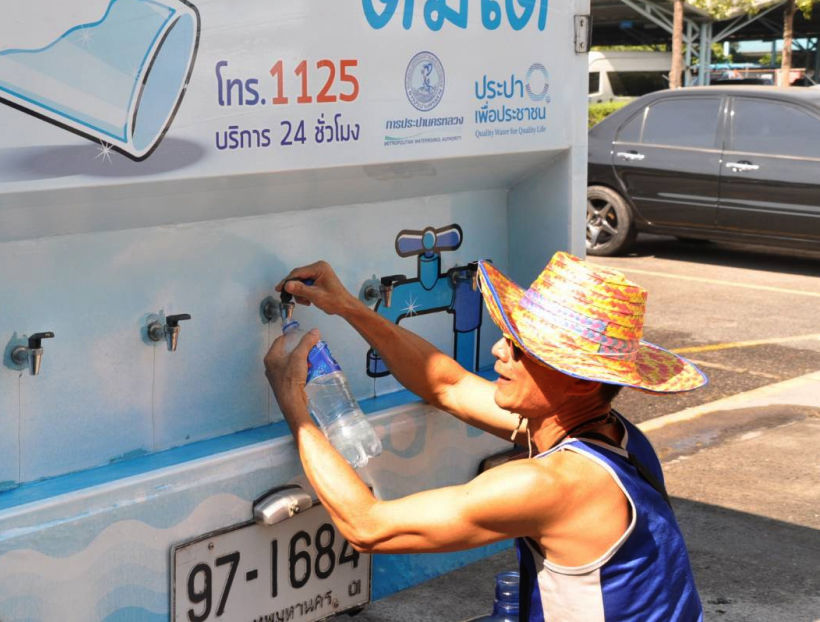 Gunshots fired at Surachat Hakparn’s car were no joke – VIDEO