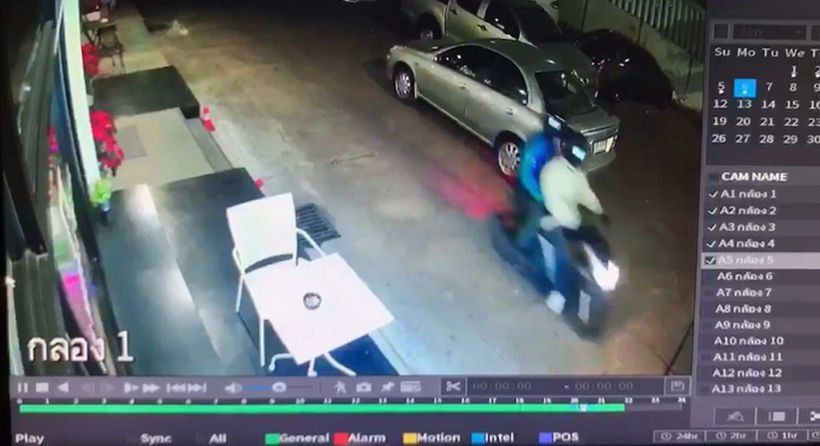 PHOTO: CCTV footage captures to two assailants riding a motorbike to the scene of the shooting

Investigators yesterday combed the scene of a shooting where seven shots (below) were fired into a vacant car belonging to former Immigration supremo Pol Lt-General Surachat Hakparn.

According to The Nation, the location was a massage spa in Bangkok’s Silom area. Surachet was allegedly getting a massage in the spa when the two suspects fired at his car in a drive-by. The two were captured on CCTV but were both wearing full-face helmets making ID impossible.

According to yesterday’s inspection by the deputy police commissioner, the top cop spoke to media after his visit relaying that the suspects were two men wearing helmets and riding a motorcycle.

The men rode into an alley near the crime scene before arriving back next to the car and taking a minute to shoot eight times at the vacant car. The shots were fired, mostly, into the lower rear door.

Police estimate that, after committing the crime, the suspects headed to Rama IV Road before taking the Sam Yan intersection.

“We are investigating the reason for their shooting.”

For his part, Surachat Hakparn, aka. Big Joke, wasn’t in the car at the time of the shooting. Some reports say that he had been attending a business meeting in a nearby restaurant, others say he was having a massage. The car has been reported in some Thai media to be owned by his wife.

Now acting as an advisor to the Thai PM’s Office, Surachat says he was certain the shots had been intended to kill him. But he maintained he had no ongoing conflicts with anyone. 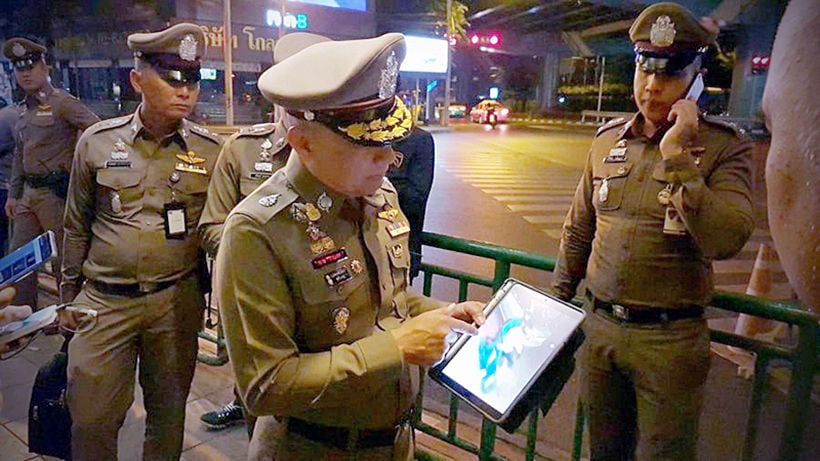 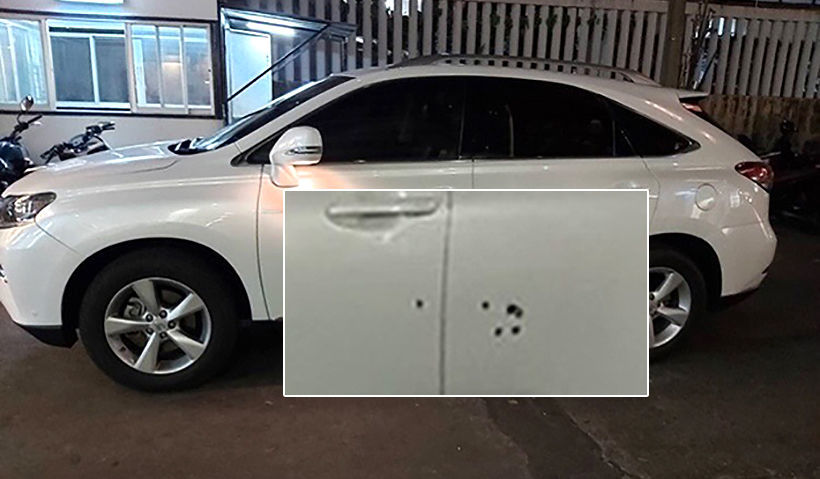