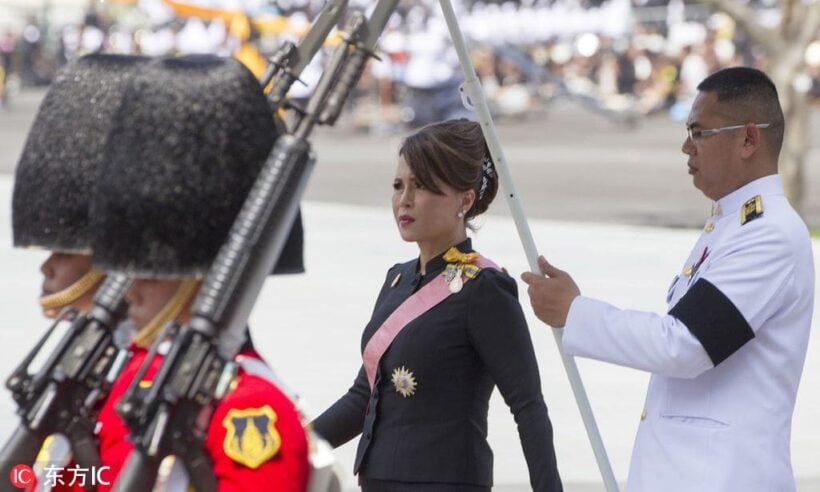 The sister of Thailand’s King Maha Vajiralongkorn is now seen as a leading prime ministerial candidate for a political party loyal to fugitive former PM Thaksin Shinawatra in the March 24 elections.

67 year old Princess Ubolratana Rajakanya Sirivadhana Varnavadi broke a long-standing tradition of Thai royalty staying out of politics by entering the election in an unprecedented move.

But the Princess ceded all her royal titles to marry an American, Peter Jensen in 1972, with whom she had two daughters and a son. Her son, Khun Poom, died when the tsunami hit Phang nga province on December 26, 2004.

She later divorced and returned to Thailand for permanent residence in 2001 after spending about 26 years in the US.

Thailand became a constitutional monarchy in 1932 but the royal family wields great influence and commands the devotion of millions of Thais.

The Princess is now registered as a candidate for the Thai Raksa Chart party, an off-shoot of the Thaksin-backed Pheu Thai Party which is also contesting the forthcoming election.

The election, despite the smokescreen of ‘national conciliation’ is still seen as a battle between Thaksin’s populists (the Red Shirts) and allies of the royalist-military establishment (the Yellow Shirts).

The move from the Thai Raksa Chart party is broadly speculated to have been engineered by former PM Thaksin in the fugitive’s ongoing interference, in exile, with Thai politics.

The Princess has had links with Thaksin in the past and, although still the sister of the current King of Thailand, will not be protected by any of the lese majeste rules that govern members of the Thai Royal Family.

Still, she has been working along with other Royal Family members since her return to Thailand and has been working with many charities and conducting ‘Royal’ duties without carrying the title of HRH.

Like any other politician, she will likely be open to criticism as the campaign warms up. But her family connections will certainly become an issue when she is discussed and covered by Thai media, and fellow politicians.

The entry of Princess Ubolratana (pronounced ‘Oo-bon-rart-tar-NA’) into the political fray throws the old battles into a new battlefield and political commentators and analysts are going back to the drawing board to figure out how this new dynamic will affect the election.

One of the key losers from the announcement will be the current PM and head of Thailand’s military junta, Prayut Chan-ocha. He announced this morning that he will contest the March elections as a candidate for prime minister.

His announcement went almost unheard as the Thai media scrambled for new and analysis on the other BIG announcement of the day.

Asked if he was surprised, he shot back asking “Were you surprised?”