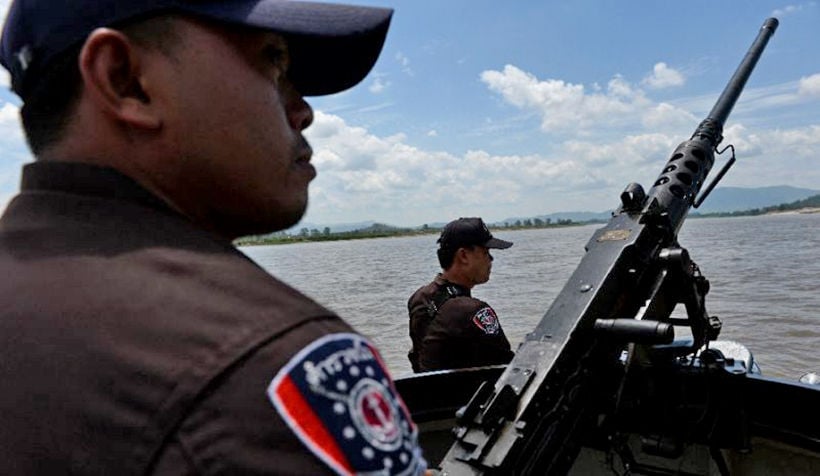 “At the same time significant investment has been made in new highways and bridges in an out of Myanmar, Thailand, China, Laos, Bangladesh and Vietnam. This has provided a boom in movement of products like food and clothing. And drugs.”

A UN Drugs and Crime report released this year states that the methamphetamine trade is now worth a staggering US$30-61 billion per year in East and South East Asia, Australia, New Zealand and Bangladesh.

That’s a two to fourfold increase from the figures just a decade ago, the last time the UNODC (United Nations Office on Drugs and Crime) estimated the value of the methamphetamine trade in the region.

Better enforcement, co-operation with neighbouring governments, increased manpower, more sophisticated surveillance and increased numbers of seizures have happened whilst the trade in meth has blossomed in the region.

Methamphetamine pills (aka. yaba in Thailand) are now being sold at highly discounted prices, and the well publicised massive seizures and interceptions do little to dent the operations of highly sophisticated and tech-savvy drug traffickers. Even the crystal methamphetamine (ice) from the region is feeding demand as far away as New Zealand.

Experts say the boom in South East Asia’s methamphetamine industry is the result of a series of regional and political factors, which have seen Myanmar’s lawless Shan State emerge as the regional meth factory.

The Shan State is in Myanmar’s north-east and borders Thailand, Laos and China. 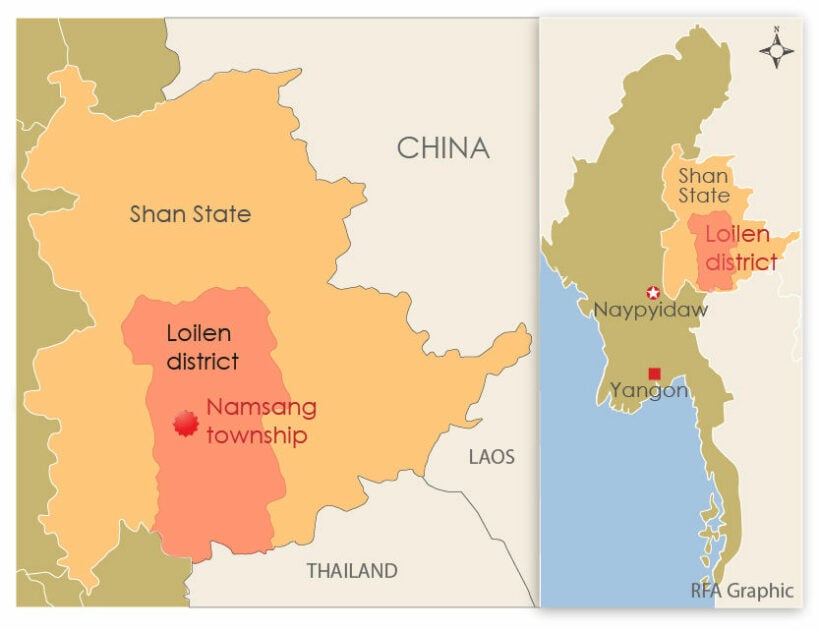 From the 1970s to the 1990s, Myanmar’s lawless Shan State warlords, militias and rebel groups typically sold opium and heroin, but subsequently shifted to synthetic drugs after realising how much easier they were to produce and more profitable they could be.

At the same time significant investment has been made in new highways and bridges in an out of Myanmar, Thailand, China, Laos, Bangladesh and Vietnam. This has provided a boom in movement of products like food and clothing. And drugs. In the ‘Law of Unintended Consequences’, China’s Belt & Road strategy to open up trade routes throughout Asia, has inadvertently made trafficking drugs a lot easier. 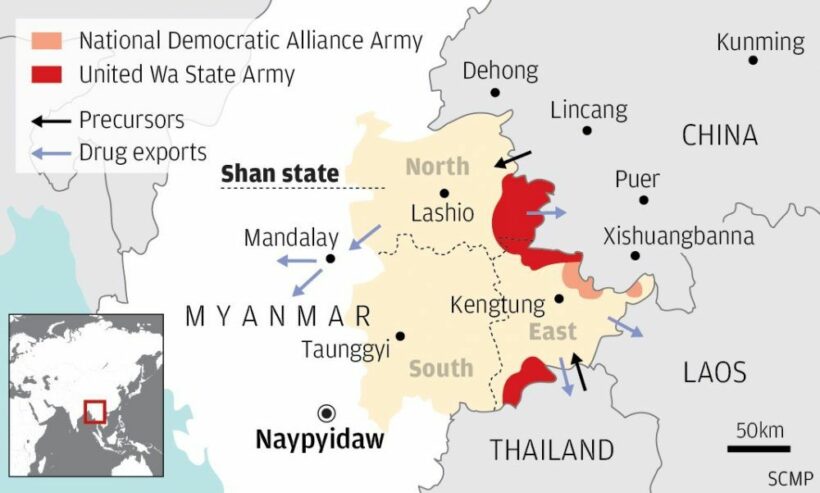 Routinely, seizures of truckloads of 1-5 million meth pills are intercepted then paraded by Thai police. But the biggest drug haul was in 2018 when authorities seized a record-breaking 120 tonnes of crystal meth and methamphetamine pills coming out of the Golden Triangle. More than half of the busts took place in Thailand, where authorities confiscated more than 515 million meth pills.

The UNODC report also states that organised crime groups are not only moving “staggering” amounts of meth to meet demand, they are also trying to increase that demand by flooding the region with cheap product. That’s led methamphetamine pill prices to hit historic lows. The flood also creates greater need and a myriad of social problems.

Pills are reportedly selling for less than US$1 (30 baht), even lower than the going price two decades ago.

At the start of this year Thai authorities began an “intensification campaign” along Thailand’s northern border with Myanmar. That’s where the main route south begins through Thailand. But those efforts, and the vast amounts of international investment to open new routes in and around the region, has just sent enterprising traffickers to use new routes, too numerous for effective enforcement.

John  Coyne, a former Australian Federal Police official says the capacity for cashed-up and smart producers to simply ramp up production is allowing meth producers “to write off large seizures as a cost of doing business.”

“There needs to be a distinct rethink on what we do.”