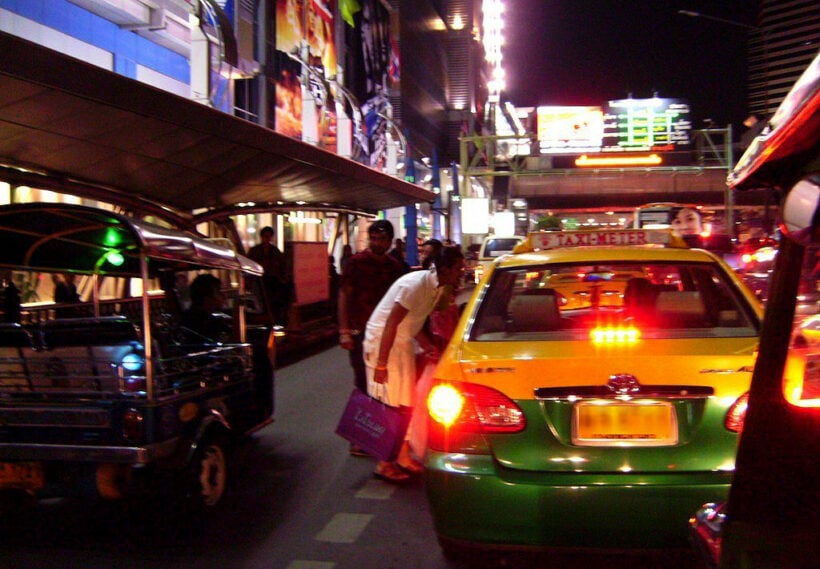 Bangkok Police are hunting for a taxi driver who allegedly stole valuables valued over than 3.6 million baht from a Chinese businessman early on Sunday.

Zhong Ai, a Chinese rubber exporter, told police he had been out drinking with friends in the Royal City Avenue area, and hailed a taxi to take him home at 5am. But he fell asleep in the back of the taxi and found himself on the roadside in Soi Ekamai 12 at 7am. He also realised that all his valuables had gone missing including a 2.3 million baht Patek Philippe watch, a 1 million baht diamond ring, a 200,000 baht wedding ring, two smartphones and 30,000 baht in cash.

Police are checking the CCTV camera footage along the route to track the taxi’s movements and have called on anybody who may have information to step forward and help bring the alleged thief to justice.

Chinese passenger detained on suspicion of theft at Suvarnabhumi airport