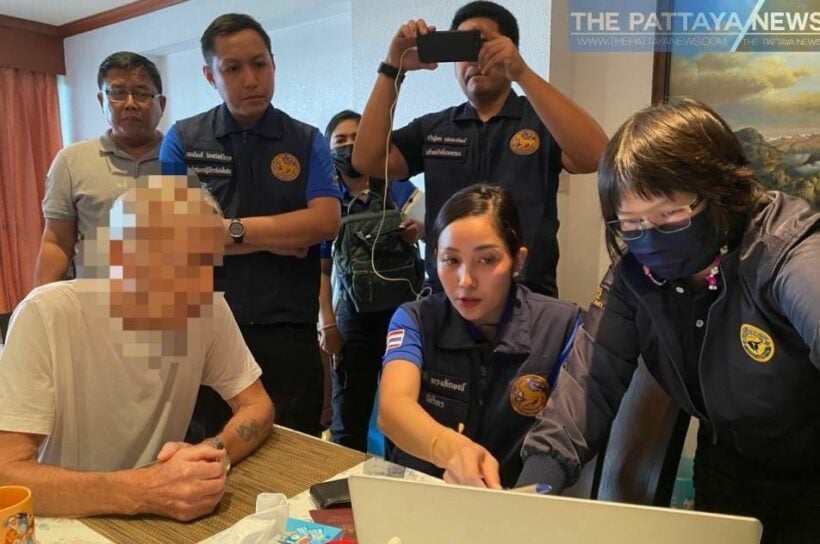 An elderly Norwegian man has been arrested in Pattaya on charges of downloading, collecting, and possessing child pornography. The 87 year old expat was arrested yesterday in the Jomtien area, after authorities identified his computer IP address as being the source of illegal downloads of child sexual abuse material.

The Pattaya News reports that members of the Institute of Forensic Science accompanied arresting officers, along with representatives from the Norwegian Embassy. Officers seized a computer, external hard drive, a flash drive, 5 SD cards, and a mobile phone during the arrest. It’s alleged the confiscated items contain material that depicts the sexual abuse of children.

The unnamed suspect is in custody at Pattaya Police Station, facing a maximum jail term of 5 years and a fine of up to 100,000 baht, if convicted.