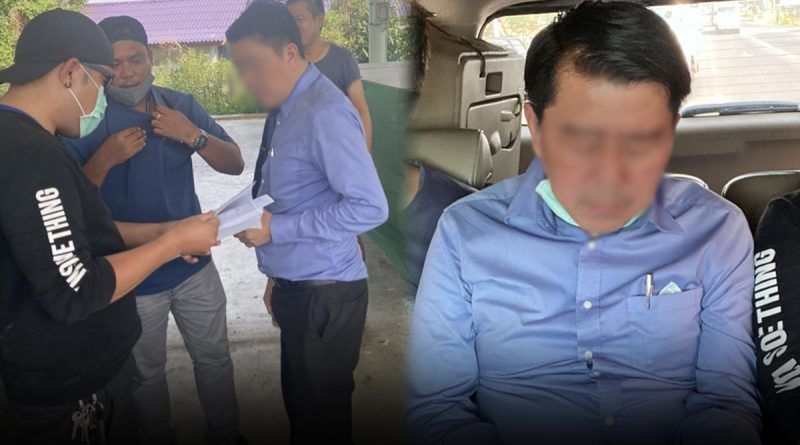 Police have caught the leader of a gang who stole millions posing as government officials to bribe contractors into handing over money for fake construction projects. The alleged boss of the scheme, 50 year old Rachasak Butpornprasert, was arrested at an Ayutthaya temple after being wanted by police for a year. Butpornprasert also goes by the name “Noppadol Srino” according to police

Gang members, using fake identification documents, posed as government officials to trick contractors into handing over money for projects that would never come to fruition. They said the money was for “communication fees” and later told the contractors the project was “cancelled by those high up in the government.”

Apparently, the syndicate squeezed out millions of baht from people across Thailand. One contractor in Pattani, near Malaysia, invested 4 million baht in what he thought was “communication fees” for a project to build a new market.

And what did the gang leader do with all the money? He told police he spent it on women and gambling.