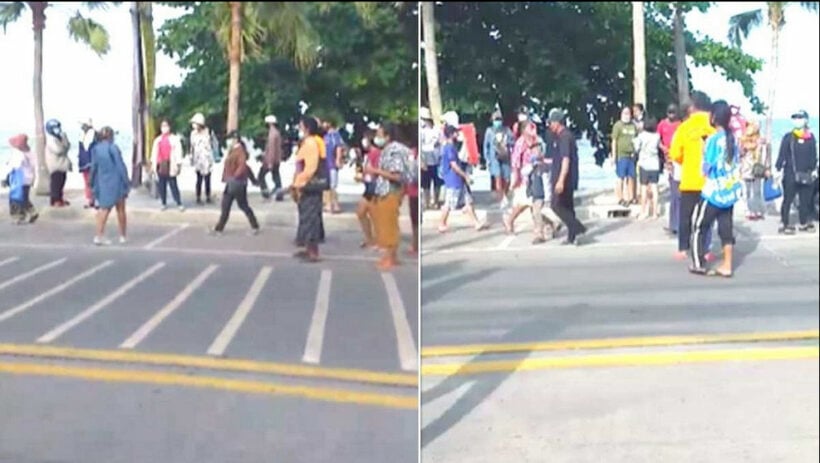 A thief who snatched a bundle of 1,000 baht notes from a foreigner handing out cash to desperate people in Pattaya has been caught on video, according to an eyewitness at the scene. Musician Pom Santana said the clip, posted on his Facebook page, captures the aftermath of the incident at Jomtien beach, as people queuing for the cash handout look on in dismay.

Pom explained that a man in a black shirt walked up and snatched more than 10,000 from the hapless farang and ran off. Netizens were quick to express their outrage:

“This is not good manners! The locals tried to follow the black-shirted guy but were unable to arrest him.”

Pattaya City police say they have not yet received a report of the incident.