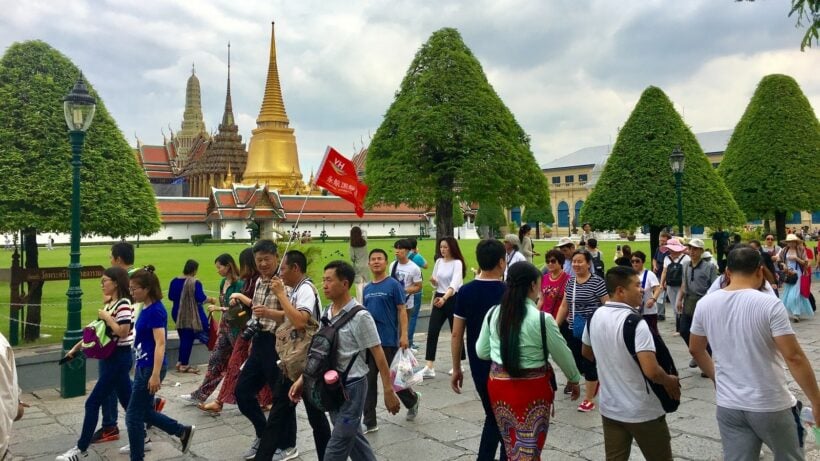 The final 3 defendants in a zero-dollar tourism scam exposed in 2016 were acquitted by the Thai Supreme Court yesterday. The court ruled that there was insufficient evidence to prove the case against the 3. The zero-dollar tourism scam involved cheap package tours for Chinese tourists, who would be accommodated in cheap hotels, and taken to certain restaurants and on shopping tours where they were sold overpriced products.

Thai PBS World reports that a network of operators, including hotels, restaurants, shops, jewellery stores, and coach services were all in on the scam, which was operated by the same group of businessmen. Most of them were Chinese, running the scam with the cooperation of their Thai partners.

The scam infuriated local tourism organisations, who pointed out that the Chinese tourists were not helping the Thai people or benefiting the Thai economy in any way, as any money they spent was done through app transactions and diverted back to China.

In 2016, the government decided to do something and 13 people were arrested for their role in the scam. Police also confiscated 2,000 buses which had been used to ferry Chinese visitors around on the organised tours. The fallout from the government’s crackdown was a substantial drop in Chinese tourists that year.

The 13 arrested were charged with running tourism businesses illegally, potentially damaging the local tourism industry. They were also charged with money laundering and overcharging tourists. However, all of them were acquitted by the Criminal Court, which said there was insufficient evidence. In a subsequent appeal, the court acquitted all but 3 defendants, who were fined 500,000 baht each.

Yesterday, in acquitting the final 3, the Supreme Court ruled that a claim alleging the group concealed the true nature of the package tours, which were in reality over-priced shopping tours, could not be proven and was instead mere conjecture.

AdvocatusDiaboli
36 minutes ago, Thaiger said: Thai PBS World reports that a network of operators, including hotels, restaurants, shops, jewellery stores, and coach services were all in on the scam, But cannot be named because they can sue under Thai law…

Guest1
No need, to name 'em. That are mostly the businesses with excessive sized bus parking areas on their private ground to accomodate (before covid) the fleed of package tourist every day. There is this fleet now parked, by the way.…
HolyCowCm
12 minutes ago, AdvocatusDiaboli said: But cannot be named because they can sue under Thai law 😂😂😂 as no proof It is pretty far reaching if you concider 2500 tour busses and countless of companies. Yes another news company's article…

AdvocatusDiaboli
1 hour ago, HolyCowCm said: For CM, I know of many places that seemed set up just to cater or only sell to the Chinese tourists brought in by busses. But I wonder if they Bought only …. Made in…

Bangkok officials install more than 62,000 security cameras around the capital