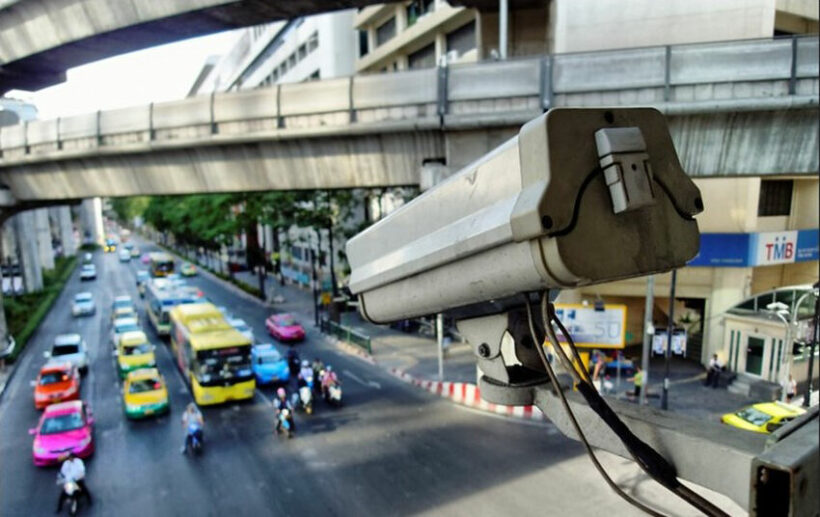 Officials in Bangkok have installed over 62,000 security cameras all over the capital, according to a Nation Thailand report. Bangkok governor, Aswin Kwangmuang, says the installation of 62,217 additional cameras has been done with the safety of residents in mind.

The Bangkok Metropolitan Administration has also set up 13 monitoring centres, where CCTV footage can be checked. According to Aswin, all security cameras across all 50 districts of the capital are now online and connected to the monitoring centres. He says regular checks are carried out to ensure the cameras remain online, so that incidents or accidents can be recorded and footage subsequently checked.

The governor says members of the public can request to view footage from any of the cameras by contacting the monitoring centres. They will need to know the serial number of the CCTV pole or of the controlling box, as well as the date and time of the incident they need footage of. Aswin says cameras are now in place in both busy areas and in quieter side streets, as well as on pedestrian bridges and other public areas. Footage can be used in criminal prosecutions as well as providing evidence in the event of road traffic accidents.

“The CCTV cameras will record both criminal incidents and road accidents and the footage can be used as evidence.”

Shade_Wilder
21 hours ago, Guest1 said: I think that I could have wrote it more clear, but I thought my "sorry, that one was just down for service" and "selective" gave that away: I know that. But there is ALWAYS a…
HiuMak
invasion of privacy

palooka
Have visited one of these recording sites, very well set up, good equipment and excellent quality replays. Only criticism is they are not manned it is only a recording site, you ring, make an appointment and someone will meet you…
Tim_Melb
Importing the Chinese "social credit" system along with the cameras maybe?...

Dedinbed
On 3/4/2022 at 3:23 AM, Thaiger said: accidents can be recorded Great stuff there'll be a never ending box set there then .. best make sure they got extra hard drives with Songkran on the horizon ..