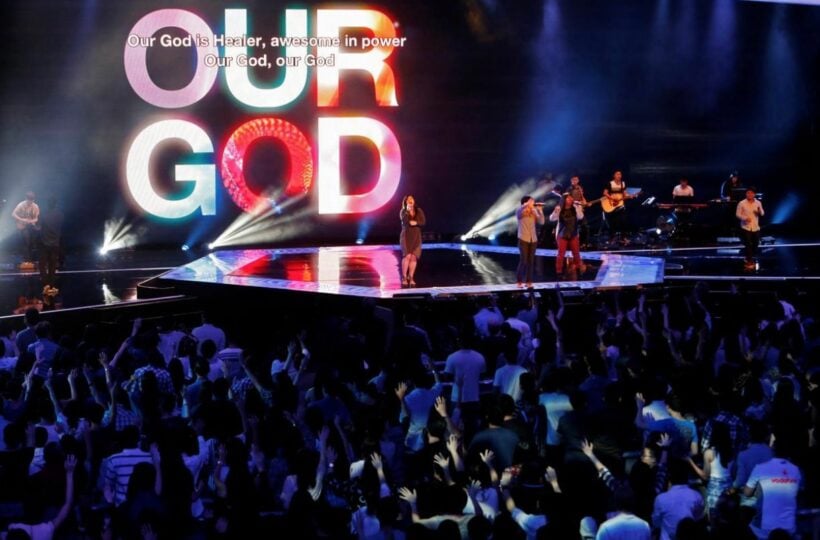 Facing a burgeoning crisis in the southeast Asian island-state, Singapore’s biggest megachurch, with a congregation of 16,000, will stop holding services this weekend due to the rising number of coronavirus cases and instead broadcast its lively, gospel-style message online. City Harvest Church is one of the most profitable churches in Asia, but has been embroiled in a corruption scandal in recent years.

The decision comes after Singapore yesterday reported its biggest jump in coronavirus cases to date: up eight cases to a total of 58, with several clusters linked to church gatherings. A Facebook video from the church gave worshippers the message, even calling the virus by its scientific name:

“The leadership has been deliberating over what is the wisest and most responsible thing to do for our church in view of the increasing number of cases of COVID-19 in this past week. This is a temporary measure. We look forward to the day when the situation stabilises and we can all come back together for service again.”

Other religious groups are also cancelling activities across the multi-faith island nation, and the government has advised businesses to defer or cancel all non-essential large-scale events.

Authorities are trying to calm unease after they raised the virus alert level last week and triggered panic-buying of staples like rice and toilet paper.

The outbreak has revived memories of SARS pandemic in 2002-03 which killed more than 30 people in Singapore and nearly 800 worldwide.

Keep in contact with The Thaiger by following our Facebook page.
News Categories:CoronavirusSingapore
Related Topics:churchCoronavirusmegachhurchonlineSingaporestops services
Up Next

Coronavirus UPDATE: WHO fights the ‘infodemic’, recession fears in Europe