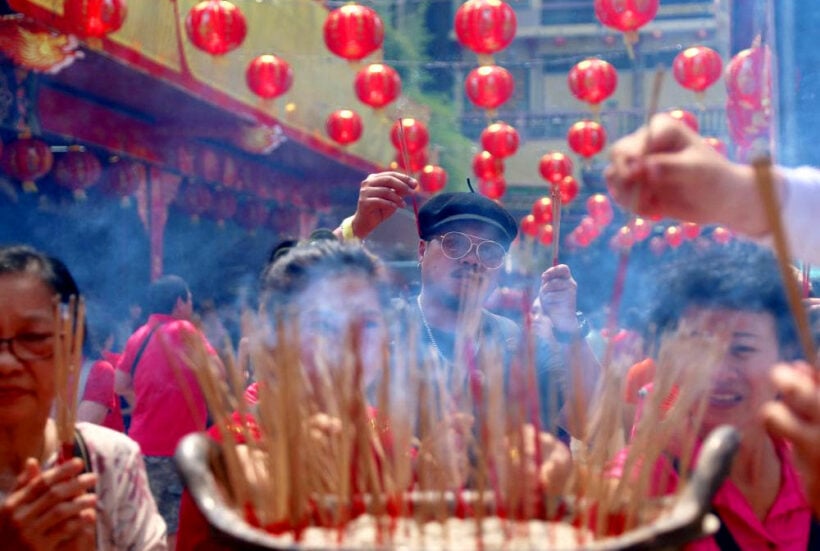 Thailand’s deputy public health minister has, without a hint of irony, suggested a way to alleviate the haze blanketing parts of Thailand, including swathes of the South and Bangkok.

Use shorter or smaller joss-sticks during the current Vegetarian Festival.

She said that Dr Satit is urging shrines to quickly extinguish incense after prayers and make sure that areas where they are lit are kept clean and tidy. Also, poorly ventilated areas should not be used to light incense as this can cause health problems like respiratory illness.

“Choking PM2.5 micron particles could be lessened if people of Chinese descent would use smaller or shorter incense during rituals, prayers and blessings at homes and shrines to mark the Vegetarian Festival.”

So throw away those useless paper face-masks and breath in the fresh air once the Vegetarian Festival is over and those pesky ethnic-Chinese stop buring the intense sticks. Problem solved!

Keep in contact with The Thaiger by following our Facebook page.
Never miss out on future posts by following The Thaiger.
News Categories:Air PollutionThailand
Related Topics:Bangkokburningcandleshazeincensejoss-sticksPhuketpollutionsmokeVegetarian Festival
Up Next

Stop growing marijuana without our permission, warns Thai narcotics board