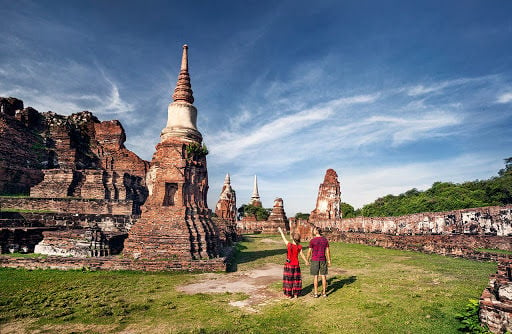 Hotel operators around Thailand will face being “delisted” and fined if they are found to be raising hotel room rates under the new stimulus campaign being rolled out by the Thai government, called “We Travel Together”. The campaign is designed to boost domestic tourism and covers 40% of a hotel’s room rate, as long as it doesn’t exceed 3,000 baht per night. This covers each eligible Thai resident, plus a 600 baht daily allowance for food and other expenses.

3.6 million+ people have already signed up for the package since online registration began last week. The stimulus is giving the battered local tourism industry a much-needed shot in the arm before the borders can be re-opened and international tourism starts up again.

But the Thai Ministry of Tourism and Sports is already receiving complaints from domestic consumers complaining about price-gouging among some of the hotels. Social media has been full of examples of before and after pricing and netizens shaming establishments who have been clearly taking advantage of the “We Travel Together” government handouts.

Minister of tourism and sports, Pipat Ratchakitprakan says that any hotel caught price gouging will be scrapped from the program immediately.”

“The ministry had received and collected complaints of inflated room rates on the ministry’s website as well as other general websites.”

“Somehow the prices for the rooms went up by 300% from when I last looked. Rip off.”

One Facebook post showed the prices of a booked hotel room had gone up after registering with the tourism promotion campaign.

Pipat says that if hotel operators are caught price-gouging, the hotel will not only face being de-listed, but also must return all the money received from the government scheme.

CCSA recommend an extension to the emergency decree in Thailand