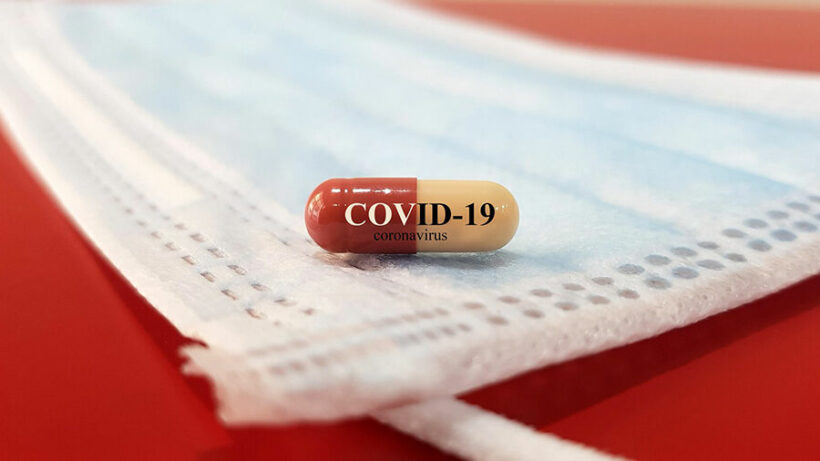 Thailand’s Public Health Ministry plans to order 2 types of antiviral oral treatment in its fight against Covid-19. The Bangkok Post reports that the ministry wants to order supplies of the Molnupiravir antiviral pill, as well as Pfizer’s new oral treatment, Paxlovid. Dr Atthasit Srisubat from the Department of Medical Services has confirmed the decision, following the recent order from PM Prayut Chan-o-cha. He says the Public Health Ministry will shortly seek Cabinet approval for the procurement of Molnupiravir, the pill developed by Merck and Ridgeback Biotherapeutics in the US.

“If approved, the drug is likely to be delivered in late December or January next year.”

Atthasit adds that talks are ongoing with Pfizer in relation to procurement of the firm’s new Covid-19 treatment, Paxlovid.

“The ministry has been in talks with the company over this drug candidate since August this year when the results of its study were not available.”

The Bangkok Post reports that both oral treatments have shown promising results in studies, cutting the risk of hospitalisation for Covid-19 patients, if administered within days of symptoms developing. Atthasit says both Molnupiravir and Paxlovid work by stopping the virus from multiplying, thereby reducing the severity of illness. Both treatments have proved effective against mild or moderate symptoms and in high-risk patients.

“Both drugs are effective in reducing hospitalisations and preventing deaths. Molnupiravir can also be used to treat influenza, while Paxlovid is developed to specifically treat Covid-19.”

He adds that the price of the treatments has not yet been confirmed, but there’s a possibility that the price of Molnupiravir may vary depending on whether it’s being sold to developed or developing countries. The treatment is currently awaiting emergency use approval from the US Food and Drug Administration.

Meanwhile, Pfizer is in the process of applying for US FDA approval for Paxlovid.