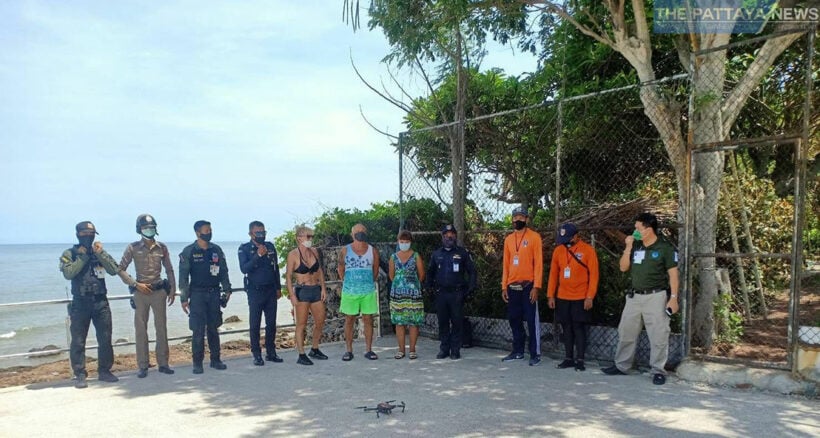 Police in Pattaya arrested 3 foreigners who were violating public orders to stay off of public beaches at around noon today, at the back of a hotel in the province’s Pratumnak area. Pattaya City police officers told reporters they issued several soft warnings to the foreigners while they were in the water, but they refused to stop swimming and simply ignored the warnings.

Authorities say that after the foreigners refused to obey their warnings they decided to arrest them. Their nationality and names were not released. 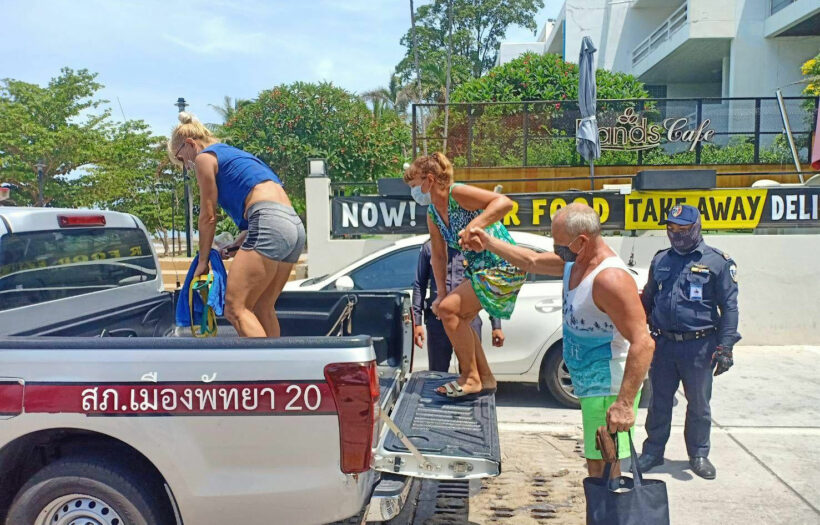 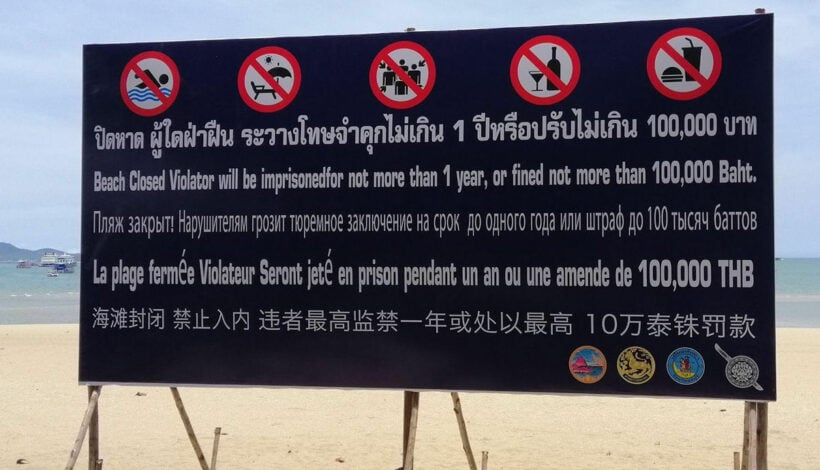 All three were were taken to the Pattaya City Police Station for further legal action.. Under strict Emergency Decree laws, meant to control the spread of the Covid-19 coronavirus, they face up to a year in jail and/or a fine up to 100,000 baht.

All Pattaya area beaches have numerous signs and tape to clearly state they are closed. Officials have said the closures are primarily to discourage travel by people from other provinces until the coronavirus situation in Thailand is resolved.