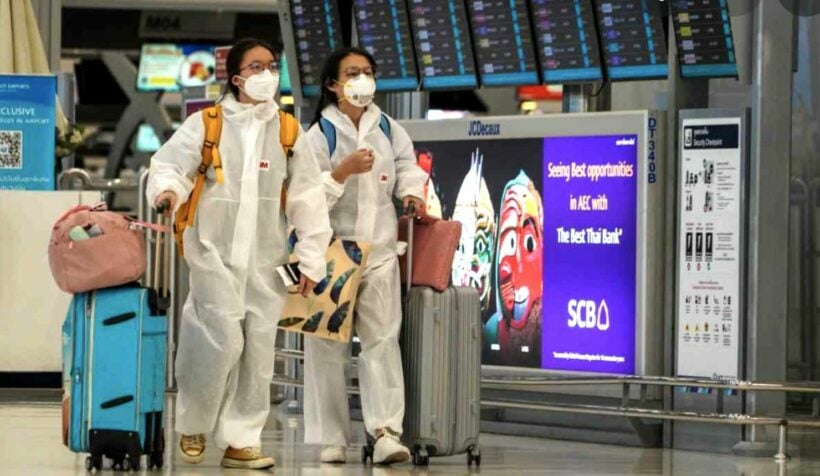 Today the public health department announced 51 deaths and 4,161 new infections of Covid-19. Only 72 were related to detections in Thai prisons, a further drop in prisoners testing positive for the coronavirus.

Here is Saturday’s announcement of Provincial cases announced in the past 24 hours. Notably Chon Buri added a whopping 320 new infections to today’s total. Phuket, ready to open next Thursday to fully vaccinated international travellers, has registered 4 new infections. Bangkok and surrounding provinces are still the main focus of new infection totals. And the further south you go, the higher the number of reported infections. 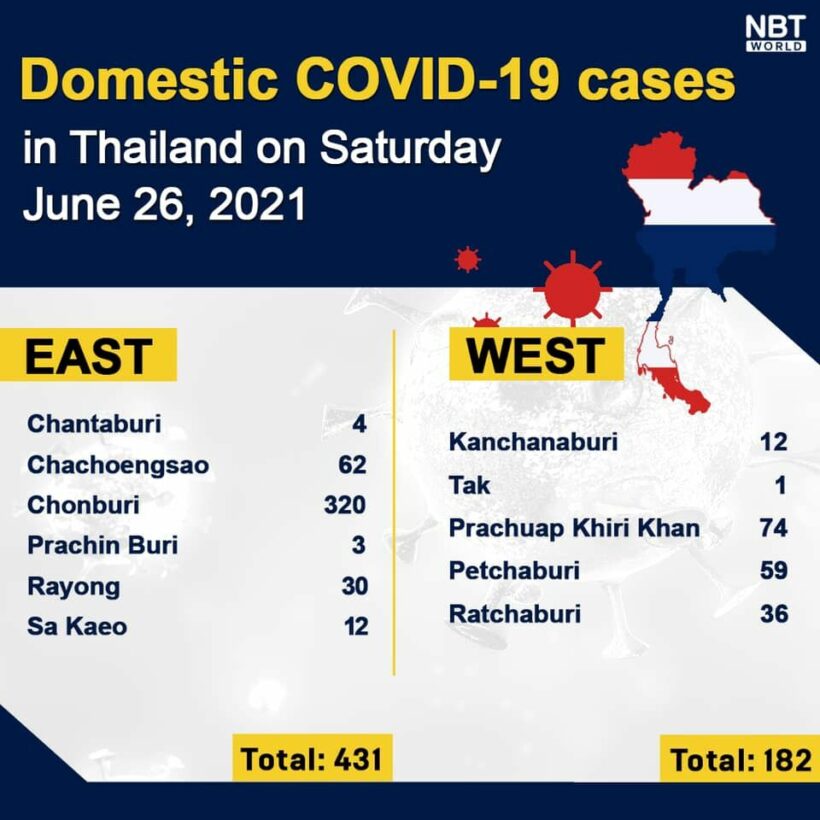 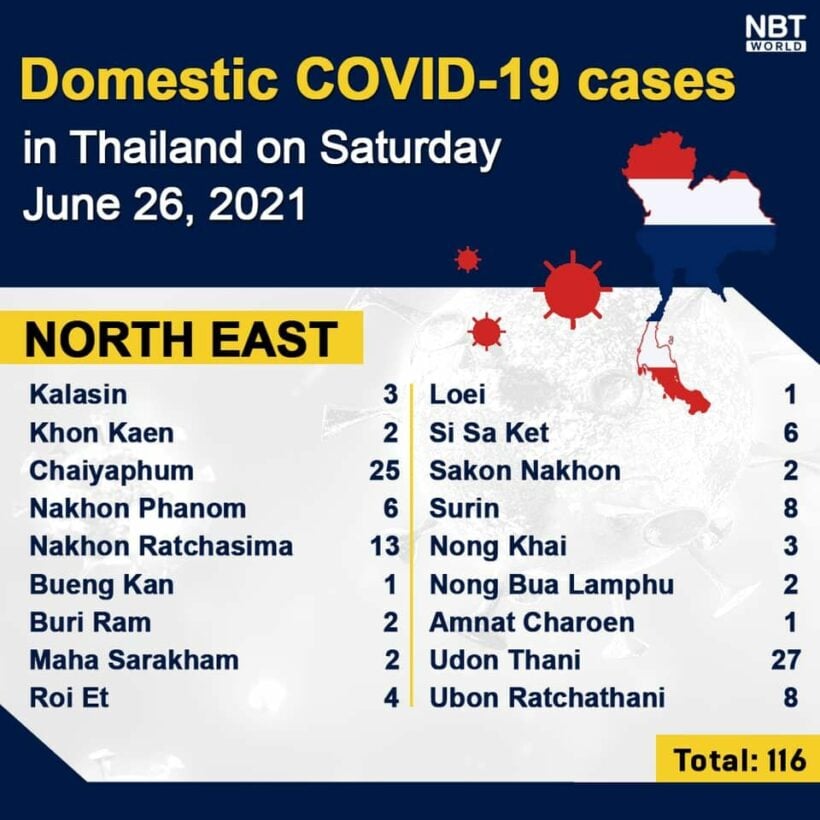 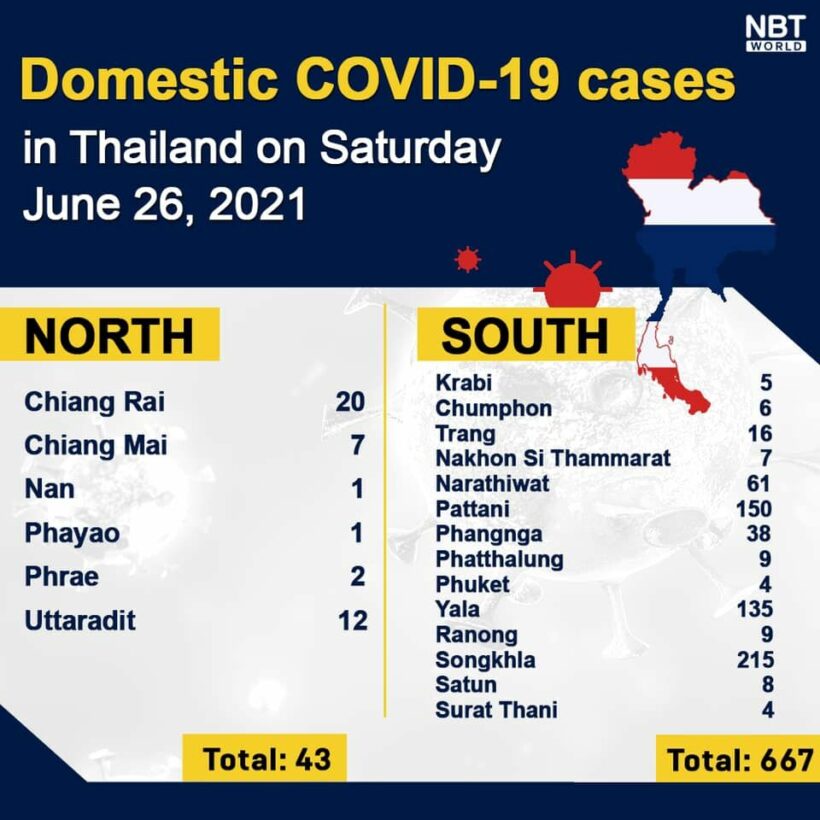 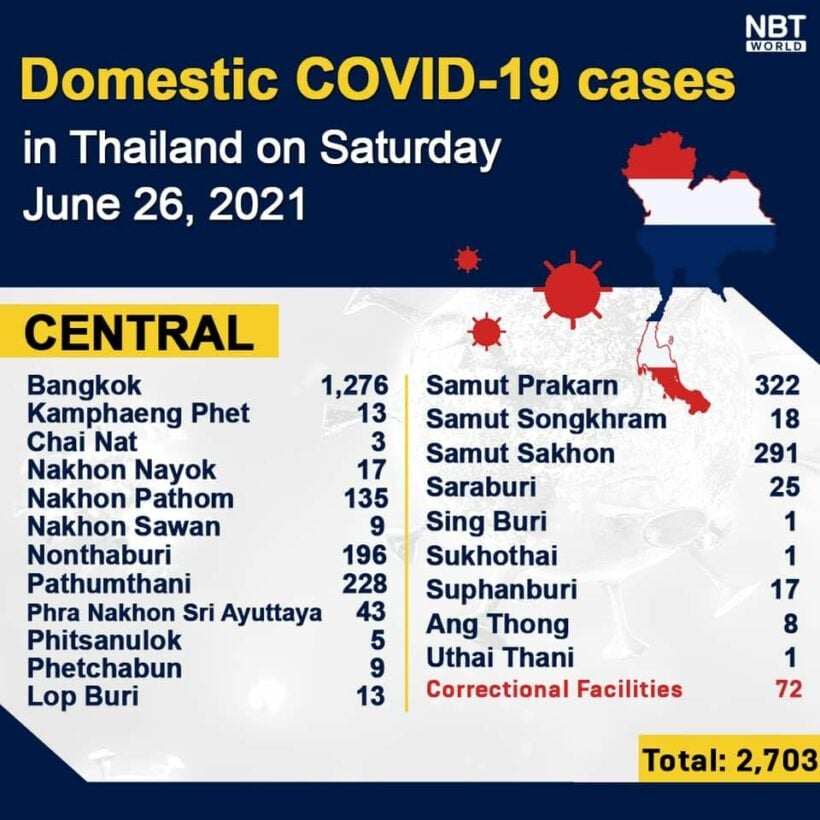 As the Thai government is faced with its worst week of community-related infections and deaths since the outbreak of the pandemic, the Phuket Sandbox remains on track for a re-opening of Thai tourism and entry by fully vaccinated foreign travellers, via the Phuket Sandbox on July 1.

Just this morning the announcement has been made that some foreign embassies are now issuing Certificates of Entry for people that had already made bookings to the southern Thai island.

• Thailand’s Public Health Ministry plans a new approach for coping with the severe Covid-19 outbreak, which has seen over 200,000 cases since April this year.

According to Deputy Public Health Minister Satit Pitutacha, Covid-19 patients suffering only mild symptoms might have to self-care at home, under a close monitoring system set up by medical staff, as the situation is getting worse due to insufficient hospital beds in the capital.

The reduction of new infections requires urgent action, including preventing the movements of migrant workers, having a mass vaccination campaign for targeted groups and establishing ICU rooms in field hospitals.

Mr Satit added that the ministry and its partners are going to set up field hospitals with 50 beds in ICU rooms at a private hospital, Thammasat University Hospital, Ramathibodi Hospital and Vachira Hospital, within the next 7 days. – NBT 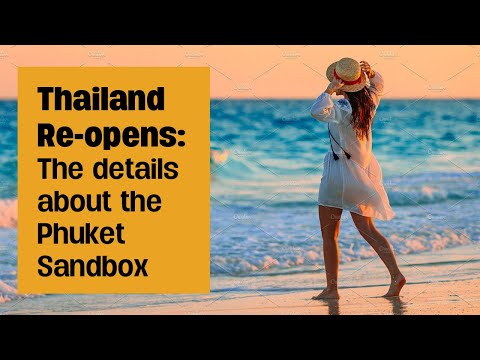 • Thai PM Prayut Chan-o-cha says there will not be a Bangkok lockdown but under the present circumstances will resort to limited lockdowns at sites where there are cluster infections and to make sure that the action will not have unnecessary impacts on people in general and the overall economy, while the government procures more vaccines.

• While Deputy PM and Public Health Minister Anutin Charnvirakul claimed the situation in Bangkok hospitals was not critical, senior doctors at many hospitals are proposing a 1-week full lockdown of the capital city. Perhaps meeting in the middle, late this afternoon PM Prayut Chan-o-cha announced the 1-month closure of all construction work camps in Bangkok as well as 4 provinces in the south of Thailand.

In his role as the director of the Centre for Covid-19 Situation Administration, PM Prayut made the announcement that construction camps, as well as other high-risk locations, were on a 1-month closure in Bangkok, Narathiwat, Pattani, Songkhla, and Yala. Calling it a “disease control situation,” the prime minister shied away from specifically using the word “lockdown.”

• Here’s a list of the low, medium and high risk countries as updated every 2 weeks. Only people from low and medium risk countries are currently allowed to apply for entry via the Phuket Sandbox program… 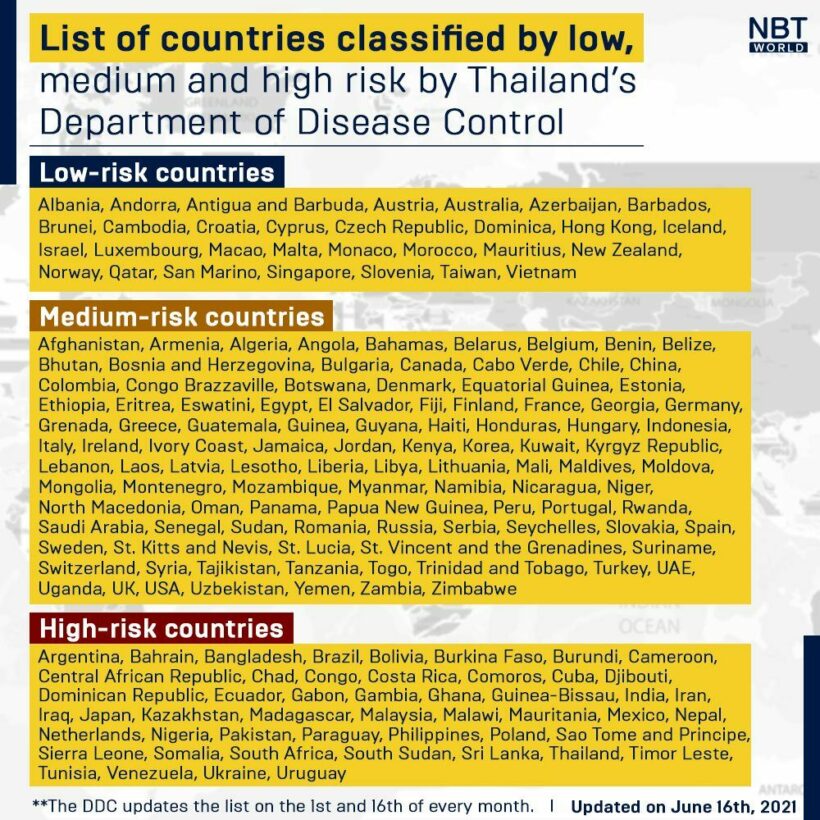 King Cotton
1 hour ago, dunroamin said: Numbers of Covid cases are rising every week, if they dont lockdown bangkok, it will become out of control. Herd immunity will not take effect until next year due to the poor roll out of vaccines.…

bushav8r
It is odd how they keep reopening, but lately seem to be waffling l about  what is  closing again..