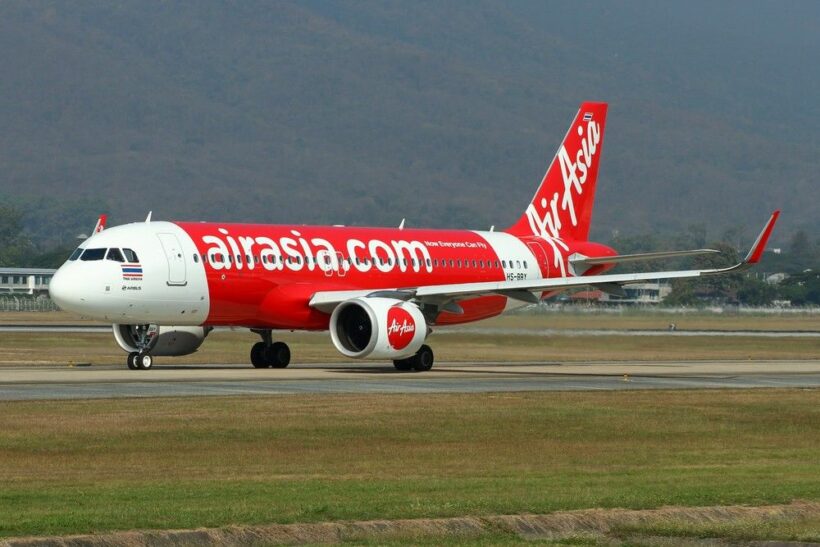 Malaysia’s budget airline AirAsia could become the next casualty of the Covid19 pandemic, which has grounded fleets around the world and already forced the demise of NokScoot, another regional budget carrier. AirAsia’s auditor is warning that the airline’s future is in “significant doubt” due to the collapse in demand for air travel caused by the coronavirus and regional governments closing borders.

The aviation industry is facing its biggest-ever crisis worldwide due to the outbreak, with many airlines laying off vast swathes of staff and some already out of business.

Not so long ago AirAsia shook up south east Asian budget air travel with its slogan “Now everyone can fly.” On Monday the company reported a record quarterly loss of 803 million ringgit (5.9 billion baht). Auditor Ernst & Young said Tuesday that “travel and border restrictions implemented by countries around the world have led to a significant fall in demand for air travel, which impacted the group’s financial performance and cash flows.”

In an unqualified audit opinion statement to the Kuala Lumpur stock exchange, the accountancy firm noted the “existence of material uncertainties that may cast significant doubt on the group’s and the company’s ability to continue as a going concern.”

Trading in AirAsia’s shares was halted this morning but resumed in the afternoon. AirAsia Group shares slumped nearly 18% when trading resumed following the suspension. The budget airline pared its loss down to 12% as of 3:40pm local time. Trading was halted Wednesday until 2:30pm local time.

AirAsia’s CEO Tony Fernandes said on Monday…. “This is by far the biggest challenge we have faced since we began in 2001.” He says the carrier is in talks for joint ventures and collaborations that could result in additional investment, and it has applied for bank loans and is weighing other proposals to raise capital.

Last month, South Korean conglomerate SK Group announced it was reviewing a proposal to buy a small stake in the airline. In May, AirAsia sent a memo to Malaysian banks seeking to borrow 1 billion ringgit, (7.3 billion baht) according to people familiar with the matter.

AirAsia said in an exchange filing Wednesday that Ernst & Young’s statement and a decline in shareholder equity triggered the criteria for a so-called Practice Note 17, which applies to financially distressed companies. But the airline won’t be classified as PN17, as the Malaysian exchange suspended application of the status from April through June next year as part of relief measures in light of the coronavirus pandemic.

AirAsia needs at least 2 billion ringgit this year to stay afloat, according to an aviation analyst at UOB Kay Hianin Singapore.

“There’s not a lot of options, and the best one could be the government stepping in but seeking a rights offering by the company in exchange.”

Despite the warnings, there are signs of improvement with the gradual lifting of restrictions on interstate travel and domestic tourism activities in the countries where AirAsia and its units operate.