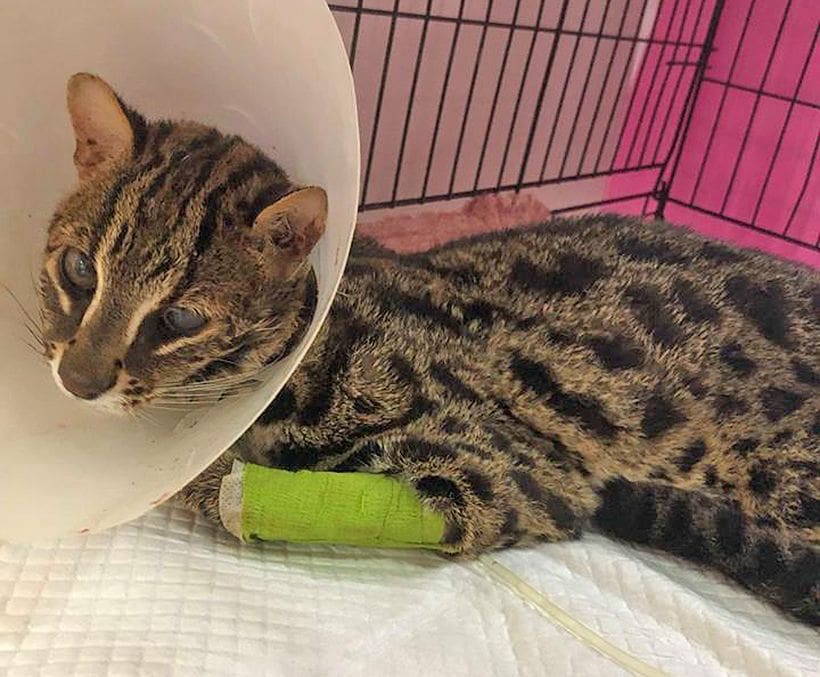 The condition of the Leopard Cat remains much the same – there has been no real improvement. The leopard cat is still under the care of Soi Dog Foundation vets.

The vets have reported that his left eye doesn’t respond to light or anything and is probably blind.

The Soi Dog Foundation vets have already named him Happy Tiger and say the young boy is between 1-2 years old.

“Yesterday, he had fever and also diarrhea on Sunday. He still can’t stand on his own. He rejected food this morning but the vets will try to feed him again this afternoon.”

Here’s the original story on The Thaiger a week ago…

A Leopard cat, which sustained an injury after being hit by a car in Thalang, was rescued and treated yesterday.

The Phuket Marine National Parks Operation Centre (MNPOC) yesterday reported that officials were notified by locals that an injured Leopard Cat was found near the Tsunami Memorial Wall in Mai Khao. The nearby area has a lot of wildlife living in the flatlands at the top of the island.

The Leopard Cat was taken to Soi Dog Foundation for treatment before being sent to the Khao Phra Theaw Wildlife Education Centre in Thalang.

The Leopard Cat is a Protected Species in Thailand. 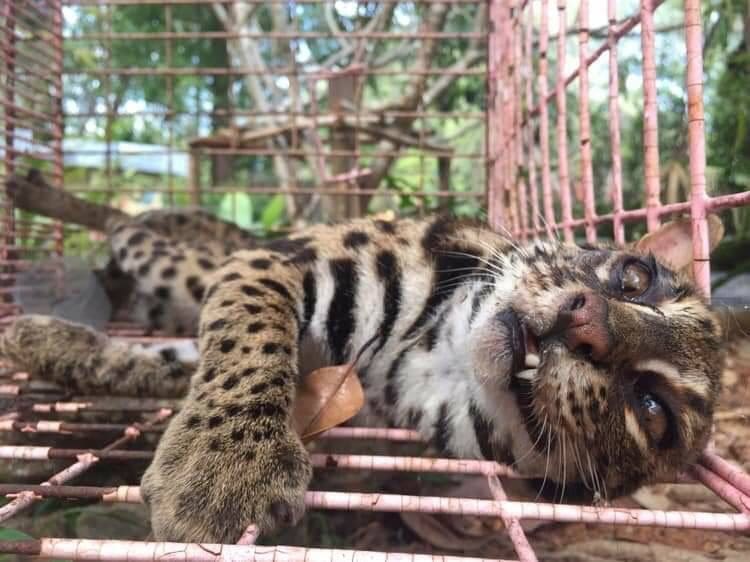 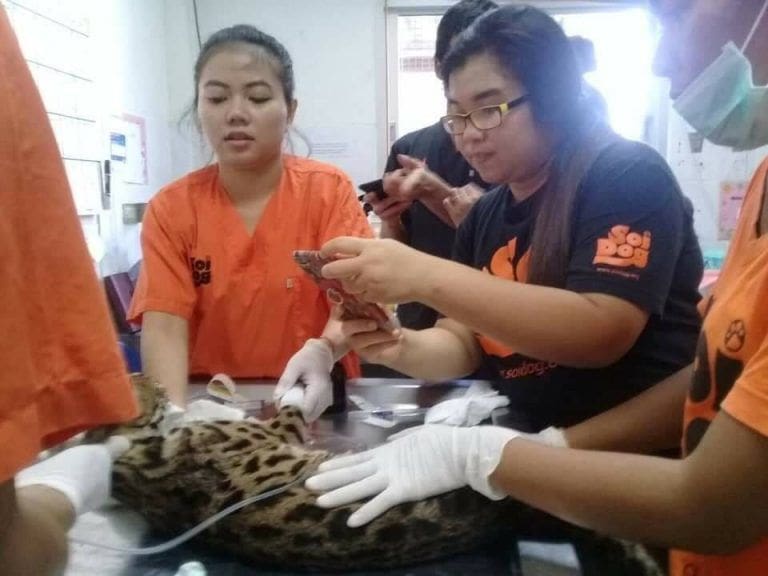