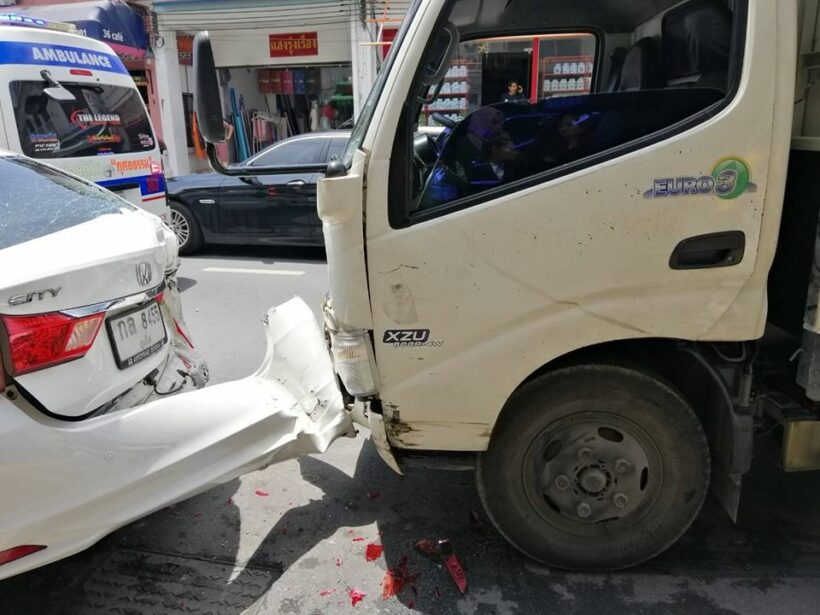 Six vehicles parked on Yaowarat Road, Old Phuket Town, have been damaged after a truck has swiped them as it was driving down the road. A pedestrian on the footpath was also injured in the incident.

Phuket City Police report that they were notified of the incident at about noon today on Yaowarat Road in the island’s popular historical district, Old Phuket Town.

Police and emergency responders arrived to find six damaged vehicles which have been parked on the side of the road. A sedan’s driver, standing on the footpath at the time, has also been injured. A damaged truck was in sitting in the middle of the road when police arrived.

At this stage police say the accident was caused from reckless driving of the truck but they’re continuing their investigation to find out what happened. 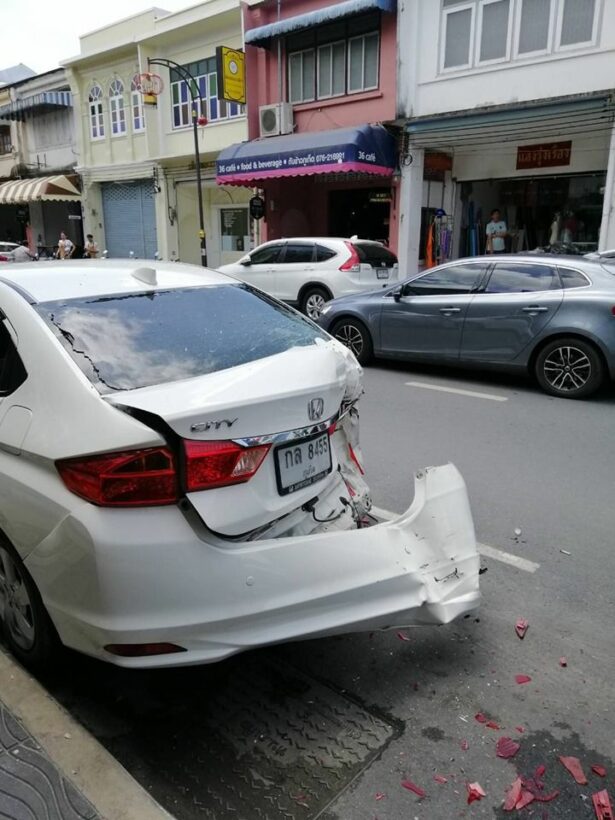 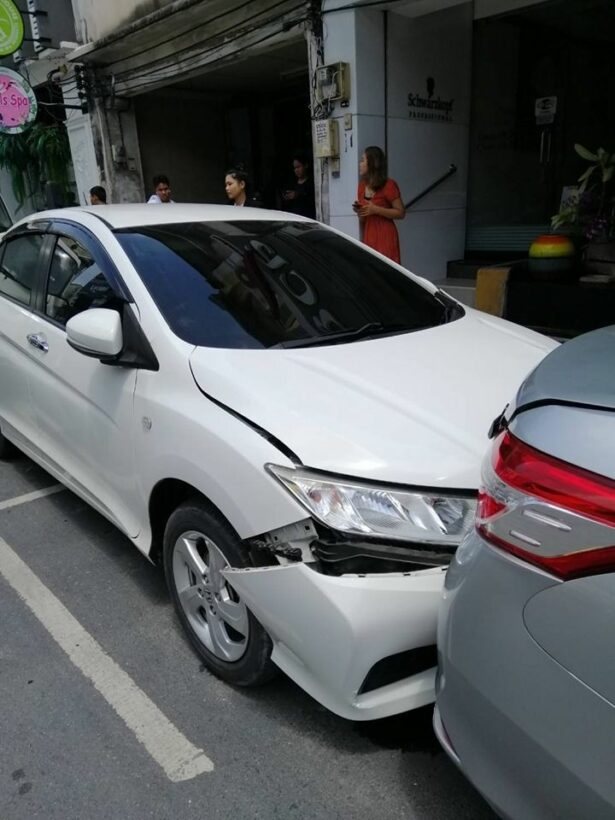 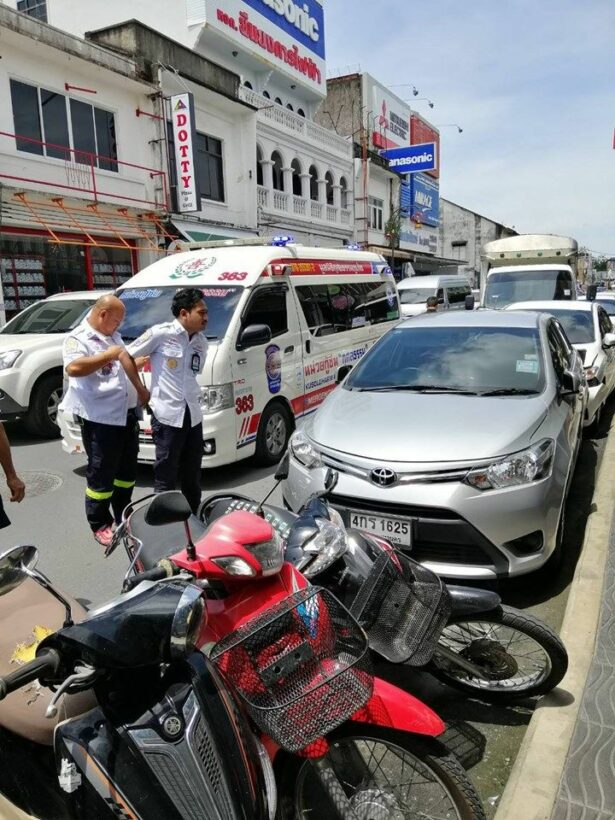 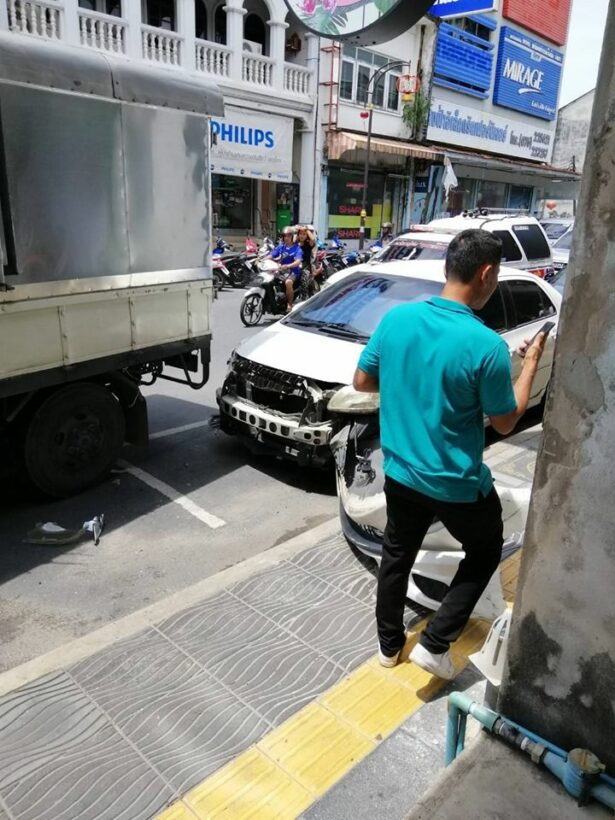 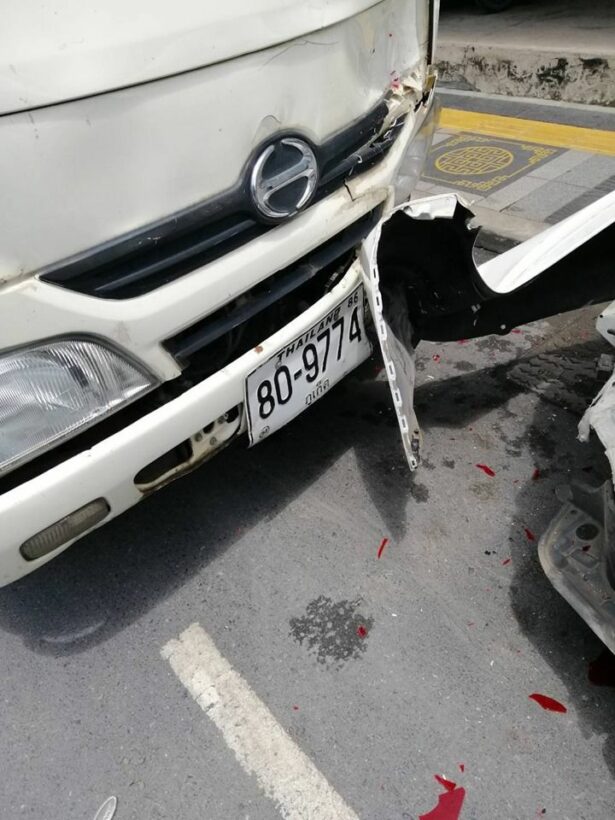 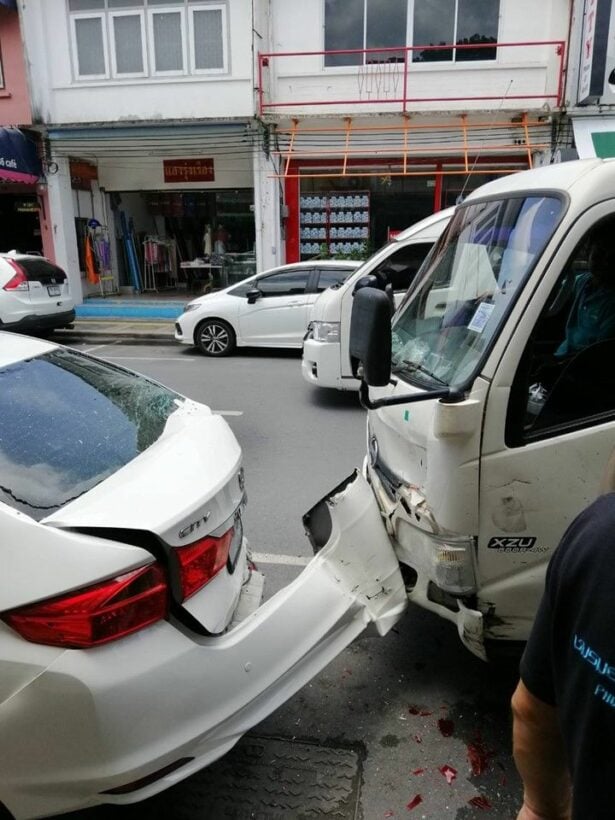