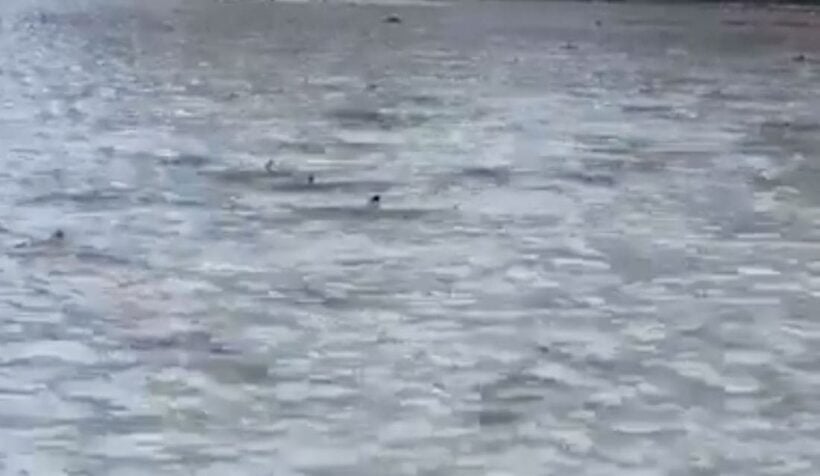 Director of the National Park Management Division Kamon Nuanyai says, “at 8am yesterday Hat Nopparat Thara – Mu Koh Phi Phi National Park officials have recorded a video clip of Blacktip reef sharks near the shores at Maya Bay. During the ongoing Maya Bay closure, this is not the first time that they have been spotted.

“This times there were even more Blacktip Reef Sharks spotted in the same area. This shows that natural resources are plentiful and slowly returning after the five months of the closing of Maya Bay.”

MAYA BAYThis morning at 8am near the shores of Maya Bay on Koh Phi Phi. Black Tip reef sharks getting in close to the beach. The area, closed indefinitely to tourists, is being closely monitored for continued signs of recovery.VIDEO: Hat Noppharat Thara – Mu Koh Phi Phi National Park 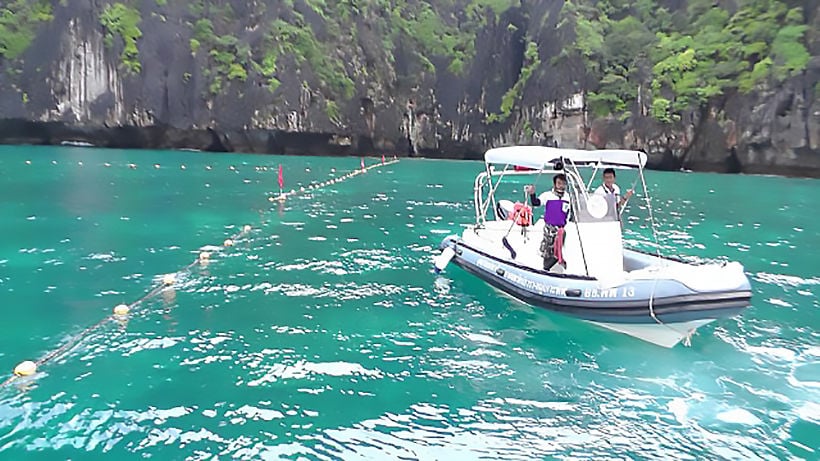 Maya Bay, Krabi’s main tourist attraction since it was featured in the 2000 Leonardo DiCaprio film ‘The Beach’, will remain closed as natural rehabilitation of the beach and bay continues, after vast areas of coral were destroyed by excess tourism and boat traffic.

The Ministry of Natural Resources and Environment says that in future boats will not be allowed to enter Maya Bay except from the back side of the island. Yesterday the minister visited Maya Bay on Koh Phi Phi Ley to inspect the progress of the recovery of both the land and marine environment. He says corals are not recovering as quickly as expected.

The Department of National Parks, Wildlife and Plant Conservation announced the closure of Maya Bay on June 1, 2018, banning tourism and related businesses.

“Maya Bay has been rehabilitated for the past year, and there has been great recovery.”

“On the land, many plants, even Morning Glory never seen on Maya Bay before, are growing well. But under the sea, corals are still in a dangerous condition. Many coral species grow at a rate of only 3-5 centimetres in a year, while some species grow only 1-2 centimetres.”

The minister examined the idea of building a harbour at the back of Maya Bay in Loh Samah Bay. A team of academics and environmental experts are inspecting the area. Ships and other marine vehicles will not be allowed to enter Maya Bay directly.

“Maya Bay will not be permanently closed. When the coral growth is complete, then this place will be open to tourists from all over the world.” 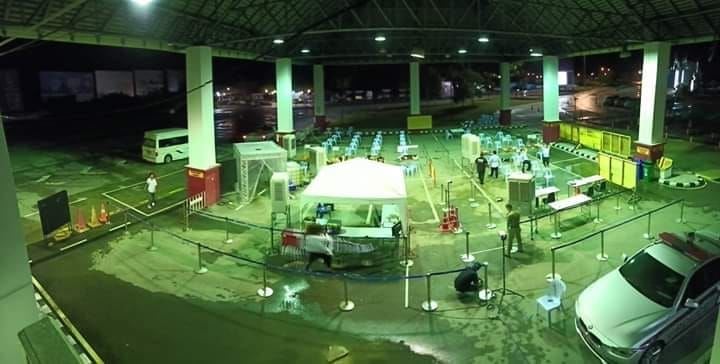 US President announces break with WHO, new sanctions against China, and more