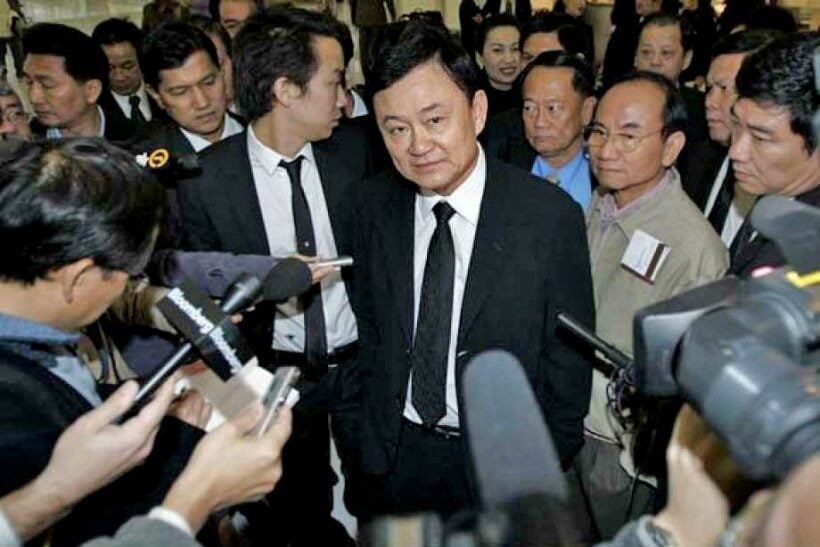 The exiled former Thai PM, Thaksin Shinawatra, is in Hong Kong to be part of the wedding party in the marriage of his youngest daughter Paetongtarn ‘Ing’ Shinawatra to a commercial pilot, Pidok Sooksawas.

Thai authorities are seeking the extradition of the exiled former PM from Hong Kong, according to local HK media. Many of the powerful Shinawatra clan are descending on the Chinese city for the wedding ahead of Sunday’s general election.

Thaksin is either a hero or criminal, depending on your side of the Thai political fence. He has outstanding charges and a prison sentence awaiting him if he ever sets foot back in Thailand. Thaksin, who was PM from 2001 to 2006, was deposed in a coup and has been in self-exile since 2008 to escape criminal charges he says are trumped up by the military and establishment.

Thaksin’s political party, which eventually morphed into the current Pheu Thai party, is expected to win the most votes in the March 24 poll but will fall short of winning a majority, according to recent polls.

Thaksin’s younger sister, Yingluck, who was also deposed by the military after serving as PM from 2011 to 2014, is expected to be at the wedding too.

Chatchom Akapin, head of the Thai public prosecutor’s overseas department, says a formal extradition request would be put in as soon as authorities can find out where he is staying. He says this is the first time such a request was being made to Hong Kong authorities.

But before you get too excited, Thailand and Hong Kong do not have an extradition treaty. To further complicate matters, Thaksin is believed to be using a non-Thai passport.

A former dean of Thammasat University’s law faculty, Panat Tasneeyanond, said in the South China Morning Post that extradition of a wanted person between Hong Kong and Thailand could still take place under the principle of reciprocity.

“In the event that Hong Kong would like Thailand’s cooperation to extradite a person in future, it might assist now if there is a request from Thailand and if it thinks the request is apt,” he said in the SCMP.

Choosing sides. Abhisit Vejjajiva will have to choose after Sunday.