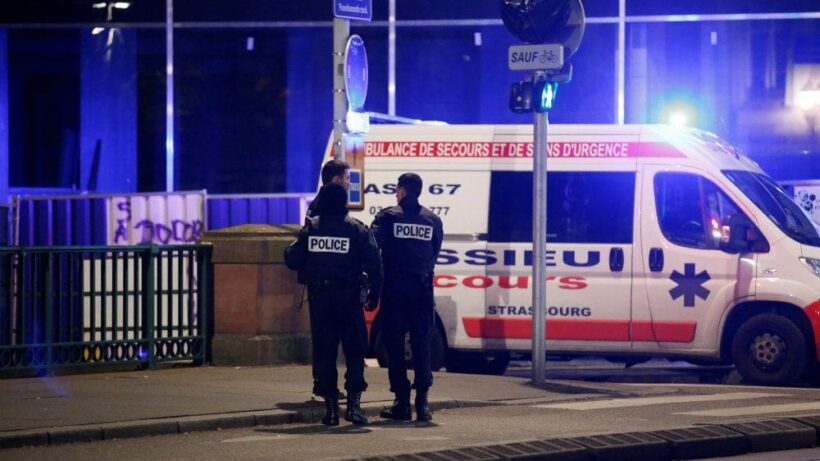 Thai Foreign Ministry officials are working with French authorities to assist the wife of a Thai tourist who was among three people killed by a gunman last night at a famous Strasbourg Christmas market in France.

A Foreign Ministry spokeswoman Busadee Santipitaksat says the Thai embassy in Paris had reported the death of 45 year old Anupong Suebsamarn, and contacted his wife, Naiyana, to offer help.

Busadee said Anupong and his wife had just arrived in France and planned to visit Strasbourg and Paris.

She said the embassy had contacted the Thai expatriate community in Strasbourg to coordinate with local authorities and take care of Naiyana while she was waiting to reclaim the body.

The embassy has also been in close contact with police in Strasbourg and will provide legal assistance to her.

Officials from the Thai consular office would travel to Strasbourg on Wednesday, Busadee added.

More about the Strasbourg shootings HERE.