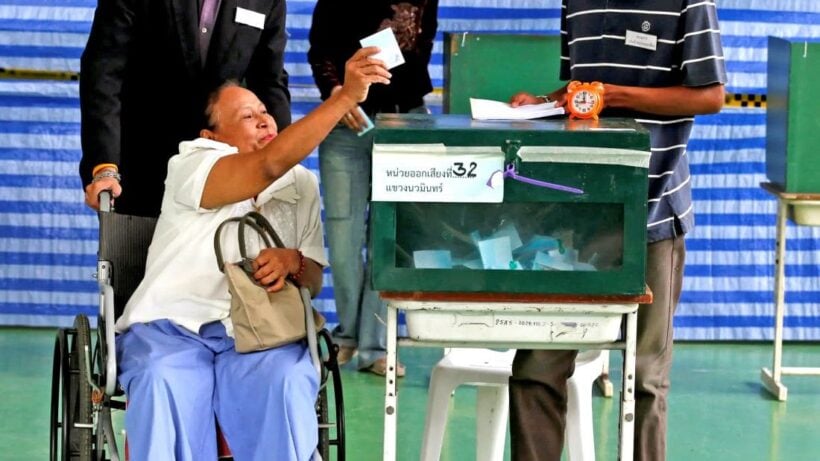 Over the past year the date of February has firmed, been confirmed by numerous Government officials, including the PM and his Deputies.

The Election Commision president Ittiporn Boonpracong made his comments yesterday after Deputy PM Wissanu Krea-ngam threw matters into confusion the previous day saying that the polling date would be moved so that post-election activities would not overlap with the King’s coronation ceremony set for May 4-6.

Earlier, the Election Commision said January 4 was the final day that the Royal Decree could be issued, otherwise there would not be enough time to organise a national poll by February 24.

Wissanu said yesterday that the government had asked the Election Commission to ‘reconsider’ the election date by taking into account the King’s Coronation, stating that the dates for the auspicious event could not be moved.

Uncertainty over the poll date is drawing heavy criticism from politicians and Thai voters. Somchai Srisutthiyakorn, a former Commission member – now a Democrat Party candidate – speculated the government has using the Royal ceremony to further its own ambitions.

He claims the Government wants to put off the poll as long as possible so that it has more time to lobby voters. He says that the Government is trying to put onus for the delays onto the Election Commission so that they can take the brunt of public criticism.

He says the delay in issuing the decree is a tactic for the Government to then say there is not enough time to organise a poll for February 24.

Somchai says the Government is trying to manipulate the public by using the national support and excitement over the Coronation as part of its PR platform as it tries to woo voters to support Junta-sympathetic political parties when the election is held.

And, for now, we’re not really sure what date Thais will head to the polls.