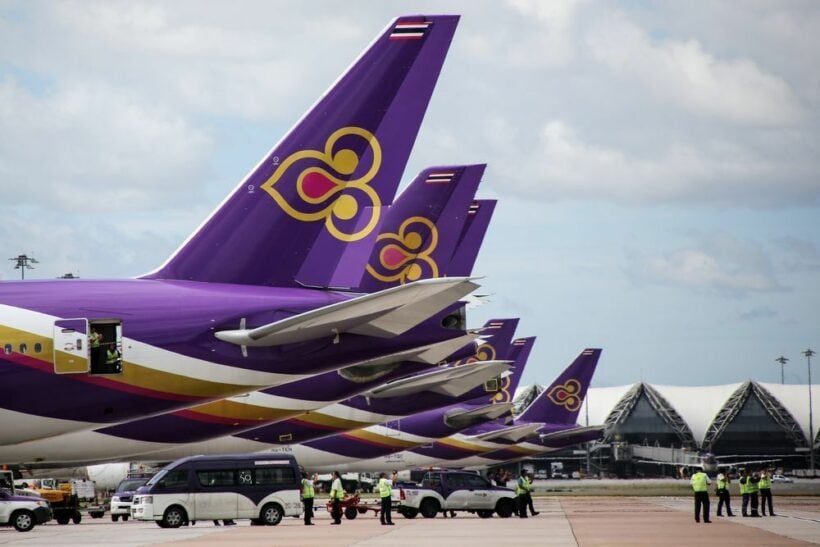 PHOTO: Will Thai Airways lease or buy their new planes?

In its attempts to restructure the legacy national airline, senior staff of Thai Airways may lease aircraft and cabin staff. The plans are part of fleet and service improvement options as demanded by the Thai Government who had to find 11.1 billion baht over the first 9 months of 2019 to keep the national airline in the skies.

According to Thai Transport Minister Saksayam Chidchob, Thai Airways plans to invest in 38 planes with a 156 billion baht budget. Whether the new aircraft carrying the purple decal will be bought or leased is yet to be decided.

Minister Saksayam has openly proffered  the options of leasing the planes with an outsourced cabin staff or just leasing the planes. The minister has given Thai executives the rest of the year to make up their mind in their restructure plans.

Thai Airways president Sumeth Damrongchaitham says that all aspects are being considered, which needs to take into account the airlines’ flight network and which aircraft models will best serve the airline’s financial makeover.

Short-haul models are currently in short supply with the new Boeing 737 Max grounded until at least the middle of the year, potentially longer, and a years-long waiting list for the Airbus single-aisle equivalent, the A320 Neo models. Last year Airbus also showcased their new A220 model to Thai Airway’s executives as a brand new approach to short haul routes with a capacity of 108-130 passengers and ability to fly equal or longer distances than the Boeing 737 or Airbus 320 models, in a 2+3 configuration, rather than the 3+3 of the existing models.

17 of the Thai Airways’ 82 aircraft are due to be decommissioned from the end of this year.