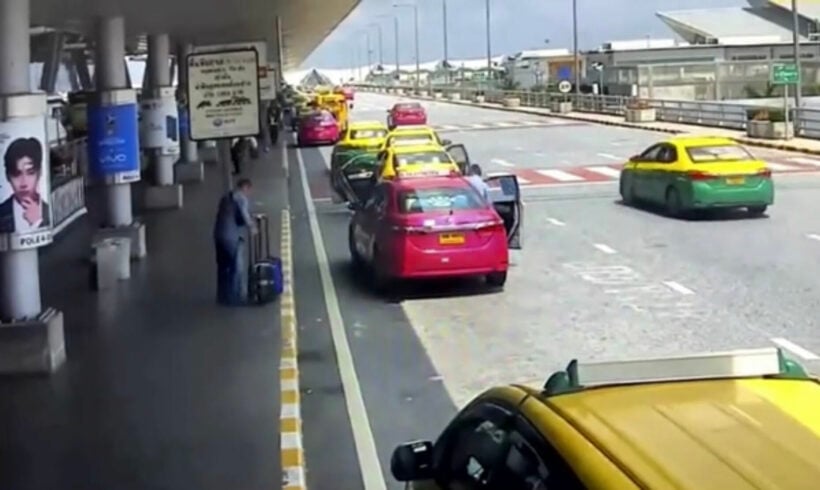 Police arrested a taxi driver who allegedly stole thousands of baht and Australian dollars from an Australian man back in May 2018. The Australian had hired a taxi to Bangkok’s Suvarnabhumi Airport. When he got out, he realised that not only his passport was missing, but 40,000 baht and AUD$4,000 were also gone.

Surveillance camera footage shows the man getting out out of a pink taxi at the Suvarnabhumi Airport and the taxi driver unloading the bags from the trunk. When the man realised his passport and money were missing, he went to the police at the airport to report the incident. Officers where unable to find the driver and the taxi leasing company did not have an address for the man on file.

Thai media says police have recently been reviewing unsolved cases. Officers say they discovered that a man, identified as 54 year old Chaiwat, turned the passport in to the Australian Embassy. An arrest warrant was then issued by the Samut Prakan court and police arrested him while he was walking in Bangkok’s Bang Phlat district. He faces charges of stealing at an airport using a conveyance.