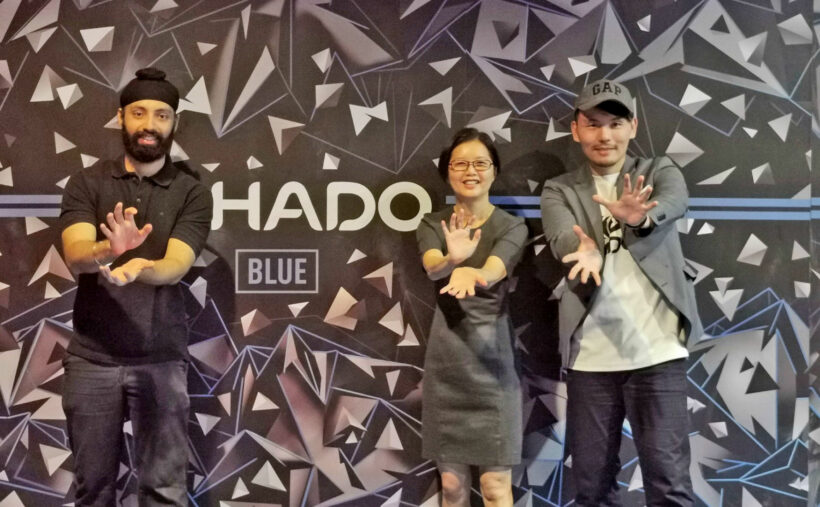 It’s the first physical e-sports centre for Thailand and the largest in Southeast Asia.

Bangkok’s SHOW DC is adding to its reputation as a state-of-the-art lifestyle and entertainment destination with the introduction of Thailand’s first physical e-sport centre. Originating in Japan, HADO is the world’s first physical, augmented reality technology, and FoodYum Company is introducing the new phenomenon to Thailand at SHOW DC in the Rama 9 area of Bangkok.

The new sport, also known as a ‘techno sport’, is a hybrid technology that combines augmented reality with motion sensor technology in a sports competition format. In what is a first for Thailand, rights holders FoodYum Company. opened the first HADO in Thailand on December 1, 2019 at SHOW DC.

Manandeep Singh, Chief Financial Officer of FoodYum, says “E-sports, or electronic sports, is very popular in many countries around the world, including Thailand. The behaviour of Thai people, especially the younger generations, is quite open-minded, and they welcome the opportunity to learn new things.”

HADO is different to other e-sports that are usually played on a computer or on a screen. HADO players are physically active, wearing head-mounted augmented reality glasses and body sensors to compete, either alone or as part of a team. HADO can be enjoyed by people of all ages, although the main target group is students and millennials.

“HADO has been launched for the first time in Thailand at SHOW DC because we believe in the potential of the venue, which is in the city centre and close to Sukhumvit.”

“Our centre on SHOW DC’s fourth floor will be the newest addition to existing branches in 20 countries around the world, and will be the largest in Southeast Asia.”

Regina Loo, Chief Marketing and Merchandising Officer at SHOW DC, said “This is an exciting addition to SHOW DC and complements our existing lifestyle offerings. Being at the heart of Rama 9, SHOW DC is an easy-to-access venue for shopping, dining, entertainment and now the latest in e-sports. HADO offers something new and I’m sure will appeal to those who wish to compete using the latest AR e-sports technology, as well as those who just wish to have some fun.”

There are two pricing categories: 150 baht for three games, and 499 baht per day. There are plans to set-up a membership program inline with future branch openings as well as stage competitions with prizes.

HADO is located on the 4th floor of SHOW DC and from December 1 and is open 11am – 10pm Monday to Friday, and 10am – 10pm on weekends and public holidays.