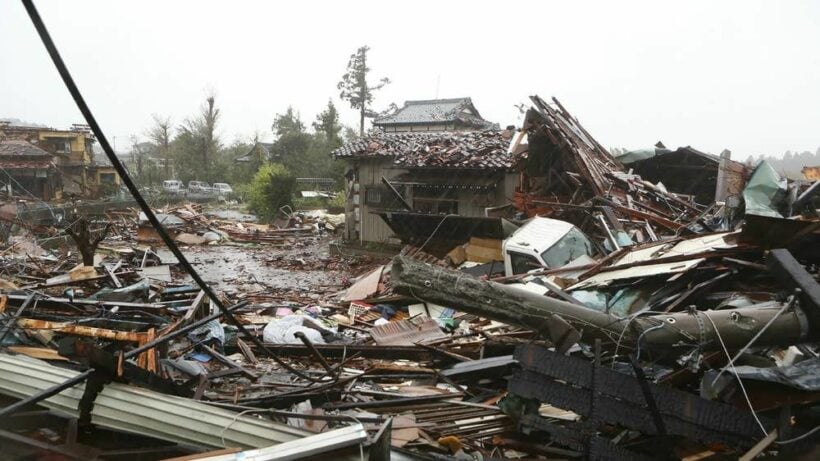 Powerful typhoon Hagibis has made landfall in Japan as torrential rain and winds have already lashed the country causing floods and mudslides.

“The eye of Typhoon Hagibis made landfall shortly before 19:00 (1000 GMT) in Izu Peninsula”, southwest of Tokyo, said the Japan Meteorological Agency.

More than 3.2 million people have been placed under non-compulsory evacuation orders as authorities warn of imminent flood and landslide danger after hours of torrential rains.

Hours before the worst of the storm arrived, its outer bands claimed the first casualty in Chiba, east of Tokyo, where a man was killed when high winds flipped his car. Hours of torrential rain prompted the JMA to issue their highest-level emergency rain warning for heavy rain for parts of Tokyo and surrounding areas.

“Unprecedented heavy rain has been seen in cities, towns and villages for which the emergency warning was issued,” JMA forecaster Yasushi Kajiwara said at a press briefing.

“The possibility is extremely high that disasters such as landslides and floods have already occurred. It is important to take action that can help save your lives.”

At least one landslide was already confirmed, engulfing three homes in Sagamihara, southwest of Tokyo, where an elderly man was rescued.

Hagibis is forecast to be the first storm rated “very strong” to hit the main island of Honshu since 1991, when the category system was introduced, a JMA official said.

By early afternoon, 3.25 million people were under non-mandatory evacuation orders, and more than 13,500 people had moved to shelters, including some whose homes were damaged by a powerful typhoon that hit the region last month.

“I evacuated because my roof was ripped off by the other typhoon and rain came in. I’m so worried about my house,” a 93 year old man told national broadcaster NHK as he sheltered at a centre in Tateyama in Chiba east of Tokyo.

Japan is hit by around 20 typhoons a year, though the capital is not usually badly affected. Hagibis has hit the region just weeks after Typhoon Faxai hit the area with similar strength, killing two and causing major damage in Chiba.

Typhoon Hagibis kills 11 in Japan, rescue underway with up to 100 missing