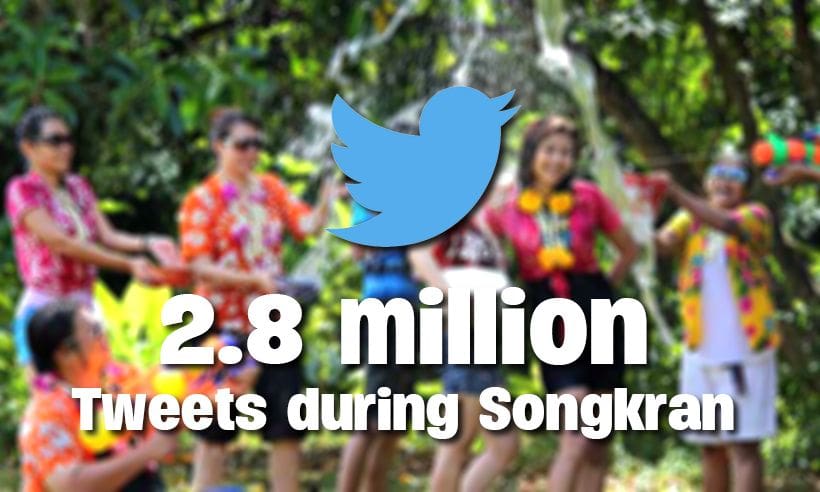 Thais flocked to Twitter during this year’s Songkran to share their experiences. This year’s #Songkran’s festivities generated 2.8 million Tweets from April 12-16 and the conversation peaked on April 13, around 6pm, with 71,000 Tweets per minute.

The celebration of the Thai Buddhist New Year, Songkran, is a time for family. It’s the time for reflection on the past year, for paying respect to elders, and preparation for the year ahead. Whether you were enjoying the water fights, travelling overseas or spending time with family; Thais flocked to Twitter to share their Songkran experience.

Whether you were traveling with family for Songkran holiday, spending some time with friends to be part of the water fights, or looking for some inspirations around Thailand this Songkran; hashtags proved a popular way for Thais to come together and share their Songkran experience on Twitter. 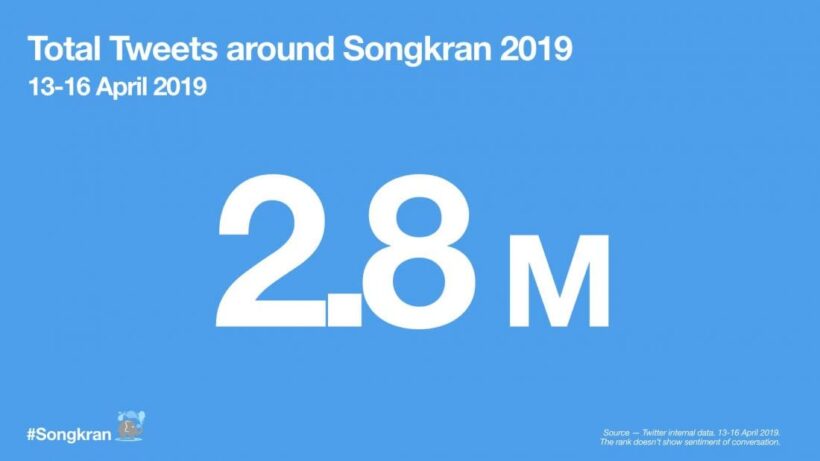 The top Thai language hashtag and second most popular overall was #สงกรานต์, the Thai language equivalent of #Songkran. The hashtag was used widely as a rallying cry to events and activities taking place all across Thailand.

#WhatsHappening is happening on Twitter as Thais are taking to the platform to share their moments and join in the conversation. 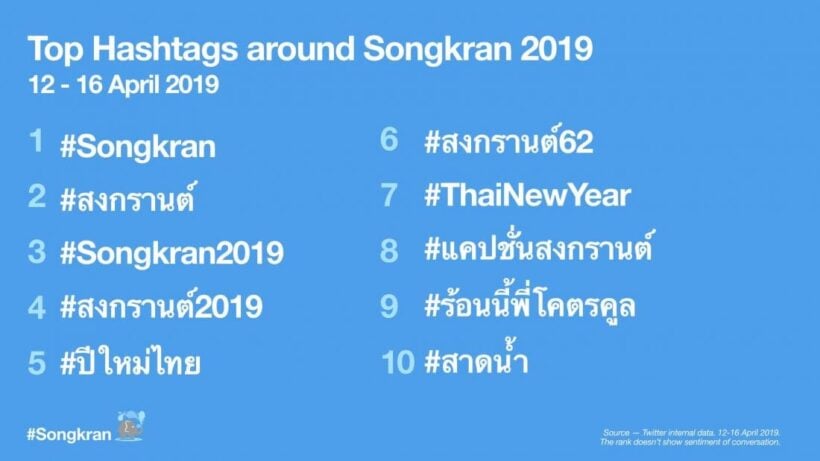 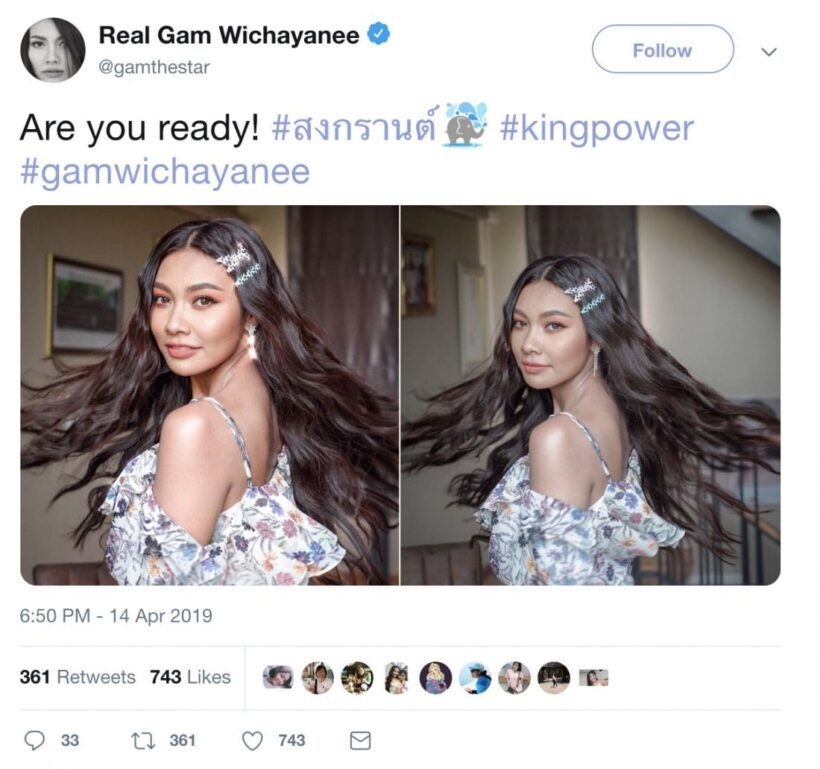