Water levels in the Mekong River are now at the lowest point in a century as of July 19, lower than a record set in April 1973.

South East Asia’s Stimson Centre claims that, based on recent satellite images, the drastic lowering of the water level in the river has exposed many islets and sandbars adding. The Centre’s report refers mainly to the river as it passes through the ‘Golden Triangle’ where the borders of Thailand, Laos and Myanmar meet.

The report says that “this could be a new normal for the Mekong River, due to flow regulation by upstream dams and climate change, resulting in prolonged periods of drought.”

The Mekong’s current water levels, at a historic low, are significant particularly because it’s the middle of the wet season, when there should have been plenty of water and flooding in some areas.

In Thailand’s Nong Khai province, opposite Vientiane on the Laos border, the provincial waterworks authority suspended water treatment temporarily on Wednesday because its water pumps could not draw water from the river.

Northern Thailand residents and officials are blaming the low water levels on the obstruction of Mekong tributaries in Laos, at the site of the Xayaburi hydroelectric dam, as it test runs its power generators up to July 29. The dam is scheduled to come on line in October.

Several of Thailand’s northeastern provinces are experiencing water shortages, despite the onset of the rainy season, with their sources of tap water rapidly drying up. 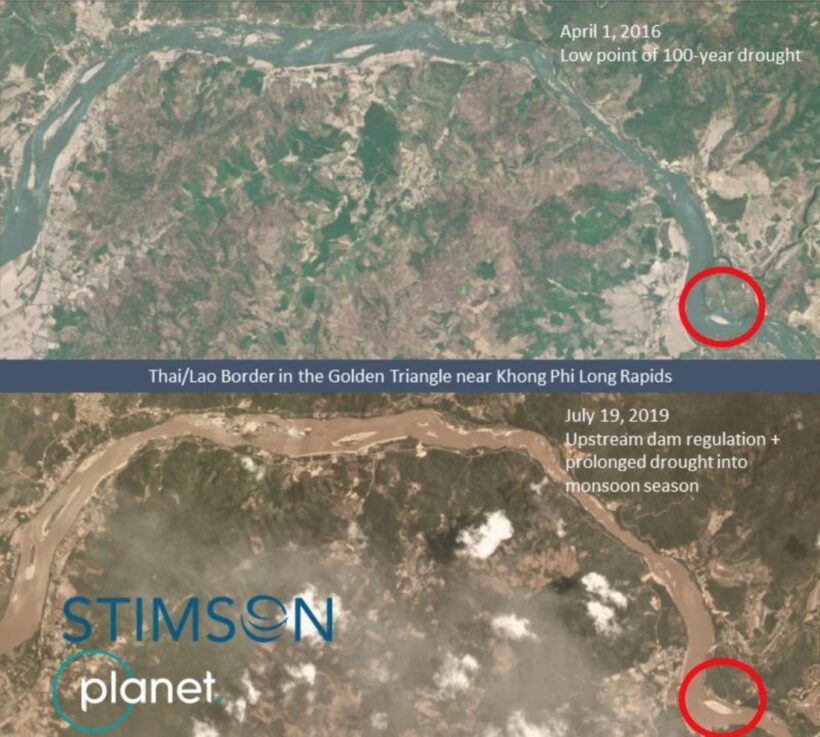