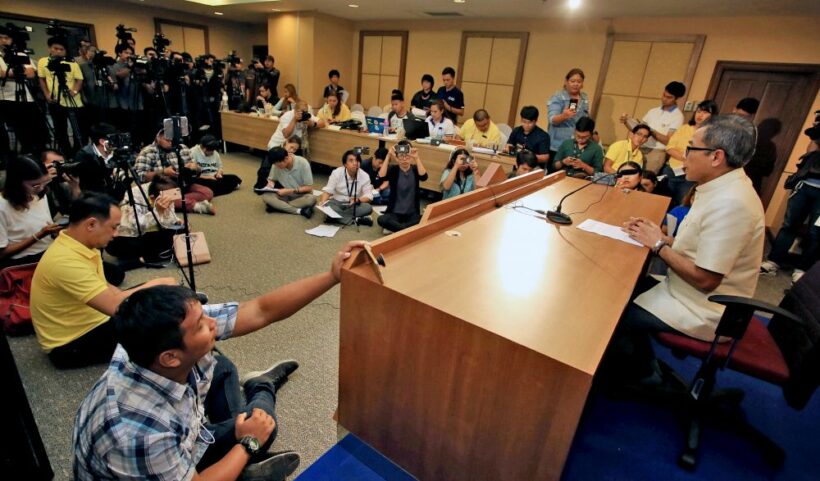 Future Forward’s Thanathorn Juangroongruangkit, the 40 year old leader of the new party, has cut short his trip to Europe over an ‘unexpected incident’

Citing investigations by two EC panels, Sawang Boonmee, the EC deputy secretary-general, told a press conference that Thanathorn had allegedly violated the law by owning or holding 675,000 shares in V-Luck Media Company while registering as a candidate for the general election.

“Thanathorn’s share certificate number is from 1350001 to 2025000,” said Sawang, referring to the findings of two panels the EC had set up to investigate the case.

Thanathorn has been accused of contravening the electoral laws that state a shareholder in a media company is barred from contesting an election for member of parliament, according to the EC. The action is punishable by disqualification. The case was filed by Srisuwan Janya, secretary-general of the Association for Protection of the Thai Constitution, on March 25.

An EC source said the agency had yet to suspend Thanathorn’s right to contest in elections for one year or give him an “orange” card, as it was just an initial charge. Thanathorn will have seven days to give testimony or submit documents in his defence to the EC, Sawang said, adding his lawyers would also be allowed to witness the trial.

After the testimony, the EC will finalise the case as soon as possible in order to finish it before May 9 when it will announce the election results.

Thanathorn, whose party is tipped to win around 80 MP seats in the new lower house, was on the way back from his tour to Europe. He posted on his Facebook page yesterday that he had been notified to quickly return to Thailand to face an “unexpected incident”.

Future Forward secretary-general, Piyabutr Saengkanokkul has questioned the EC’s decision, saying the poll agency needs to wait until Thanathorn is endorsed as an MP before it can question his qualification.

Meanwhile, Raksagecha Chaechai, secretary-general of the Office of Ombudsman, said the EC had until today (Wednesday) to submit an explanation to the office regarding a petition seeking an annulment of the March 24 election.

The office last week resolved to accept the petition filed by the now-defunct Thai Raksa Chart Party’s former MP candidate, Reungkrai Leekijwatana, who asked the office to submit its opinion to the Administrative Court or the Constitutional Court regarding whether last month’s election should be annulled. 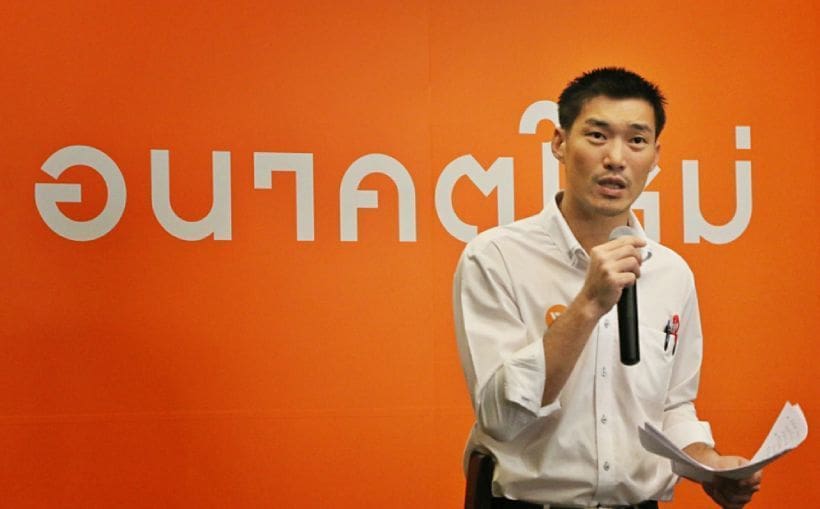