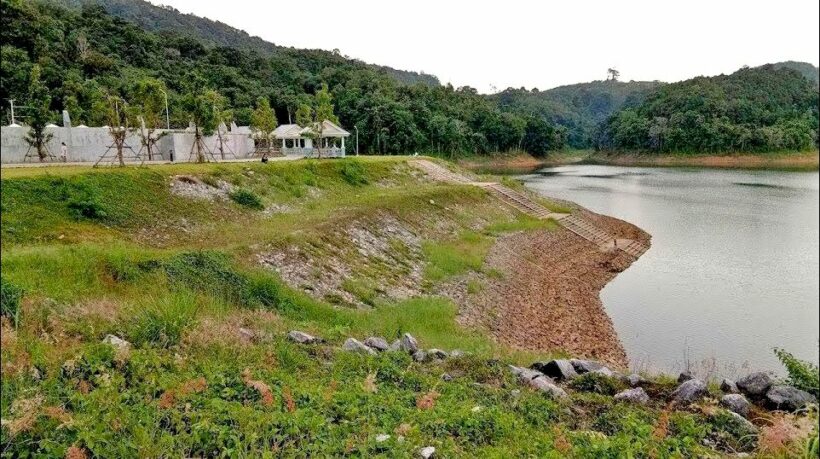 Phuket is now, officially, experiencing water shortages, with water in the province’s three catchments just enough for the supply of tap water until the end of May, and the condition is expected to get worse if the annual monsoon doesn’t kick in soon. The annual south-west monsoon usually starts dragging in moist air and the ‘wet season’ begins sometime around Songkran each year.

Mr Kraison Mahamad, manager of the Phuket-based provincial waterworks authority (PWA), admits that tap water supply would be affected if there is no heavy rain as water in Bang Naeo Dam, Klong Katha and Bang Wad would only be enough for use until May at the latest, adding that his office had been told by irrigation officials to limit supply to prolong the supply of tap water to consumers on the island.

As a contingency plan to ease water shortage problems, he said his office had contacted several independent water suppliers, but also suggested that consumers should use water sparingly as well.

Phuket city mayor, Ms Somjai Suwansuppana, says that the municipality has been providing free water to about 18,000 households each day, with 70% of the water accessed locally and the rest bought in from private suppliers.

She said the municipality had contingency plans in place in case there are no rains next month by buying more water from water suppliers to meet consumption needs, adding that there will be sufficient water to meet the need of all the households if they use the water economically.

Ms Somjai says, for long-term measures, the municipal administration is mulling water salination projects or recycling of used water (like Singapore) which may not be acceptable now but may be unavoidable in the future if water shortage problems turns critical due to city expansion and increased population.

Mr Kongsak Khoopongsakorn, president of Southern Thai Hotels Association, said that hotels are hard hit by the water shortage problem and many of them have resorted to independent suppliers for water supplies to make sure there is water for guests even though the water fee is expensive at between 100-120 baht per cubic metre (The Thaiger has had reports of some people being charged up to 400 baht per cubic metre).

He admits that it is beyond the capability of hotels to secure huge raw water sources for water production, adding that the state should step in for help for sustainable tourism growth in the province.

Over the past months hundreds of residents had taken to social media complaining that their water supply had been randomly cut off or severely reduced, without notice. Some residents have had no water supply for over a month.

The PWA announced odd/even water restrictions on February 2 only to cancel them the following day on the recommendation of the Irrigation Department that there was adequate supplies of water on the island.