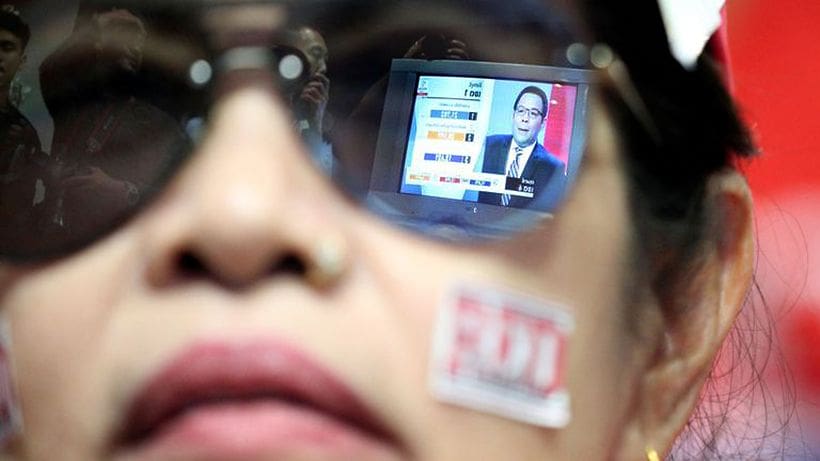 Facing a major public outcry over suspicious election processes and problematic vote counting, the Election Commission has been warned by both international and local election observers to promptly resolve all public doubts and prevent the escalation of political problems and conflicts.

During the release of an interim report by Asian Network for Free Election (ANFREL) in Bangkok yesterday, the network’s official Amael Vier said the election did not meet international standards in terms of fairness and trustworthiness.

He said that though ANFREL observers say the balloting had gone quite smoothly, they still detected many fundamental shortcomings, which could destroy people’s trust and eventually invalidate this election’s results.

The observers monitored the election at 492 polling stations across 30 provinces from the start of the voting until the votes were being counted.

He said some of the serious flaws included overly restrictive regulations regarding the validity of ballot marks, poor education among the public which contributed to the unusually high 2.8 million invalid ballots, lack of participation of relevant stakeholders and unfair rules that heavily tilted the tally to benefit pro-junta parties.

Chiewpirun Chaoon, coordinator of We Watch Network, a group of local observers, said his network has received more than 2,000 reports of electoral fraud and other issues from volunteer election observers nationwide.

“Our 4,000 volunteers nationwide witnessed many cases of suspicious conduct and procedures by EC and local officials,” Chiewpirun said.

“Volunteers were not even allowed into some polling stations to monitor the process, which is a clear obstruction in making the poll transparent.”

Due to these problems, ANFREL’s Vier suggested that the EC immediately address these flaws and clear every suspicion by making the election process transparent and announcing the official results as soon as possible.

“The lack of transparency and cooperation between the EC and other electoral stakeholders has severely limited the outflow of information, thereby fuelling distrust in the process and the institution itself,” Vier said.

“The EC could have improved the quality of the process by doing more to disseminate information on the polling procedures, which could have alleviated much of the public’s doubts regarding the process.”

Meanwhile, Maja Kocijancic, spokesperson for the European Union’s foreign affairs and security policy, congratulated Thailand for successfully holding a first fully-contested election since 2011, but also urged the authorities to announce the election result as quickly as possible. 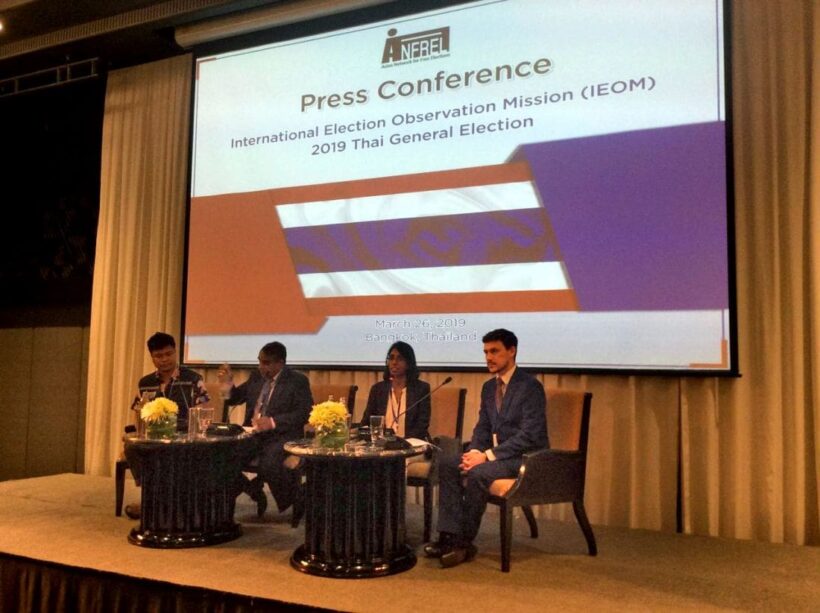