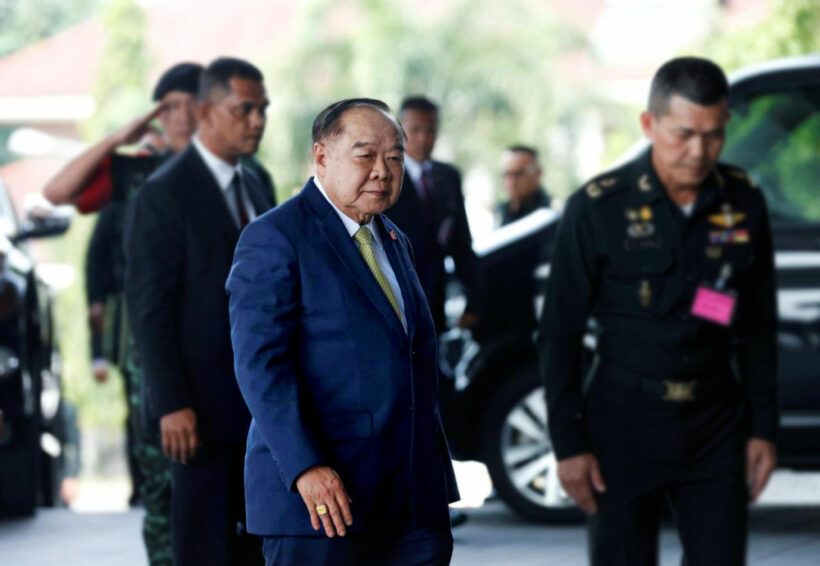 Police now believe that three suspects in the August 2 Bangkok bombings plotted much the attacks in a neighbouring country. Deputy PM Prawit Wongsuwon reported the latest in the investigations to the media today.

Gen Prawit reported that the three suspects were actively involved and have fled back to their country. Without mentioning the country (presumably Malaysia), Prawit said that police are seeking the assistance of their neighbouring counterparts to arrest and return the suspects to Thailand for questioning.

At this stage police have linked the attacks to insurgents in Thailand’s far South where some of the Muslim-majority population remain in a long-term civil conflict with Thai buddhists and the government.

Police have also reported that the attacks were planned near the Thai-Malaysian border at a meeting of the planners, bomb-makers and attackers. A total of 15 suspects are believed to be involved in the bombings.

Meanwhile, two detained suspects in the bombings are back in Bangkok after being transported from Narathiwat. More about that story HERE. The Metropolitan Police will seek an extension to their lawful detention at the Bangkok South Criminal Court tomorrow.

Both suspects have been charged with organised crime, attempted murder, carrying explosives and illegal possession of explosives.

The two men are accused of planting two bombs on the steps of the Royal Thai Police HQ in the Thursday late afternoon. At the time authorities claimed the bombs were dummy devices. The bags contained a bomb that was set to go off at 8am on August 2 but were defused by bomb disposal officers. The other bombs went off in locations around Bangkok between 7-9am on August 2, during Bangkok’s morning peak hour.

Six bombs and six incendiary devices detonated on August 2 as Bangkok hosted the ASEAN Foreign Ministers Meeting. Police believe the day was chosen to co-incide with the regional meeting to ’embarrass’ the Thai government.