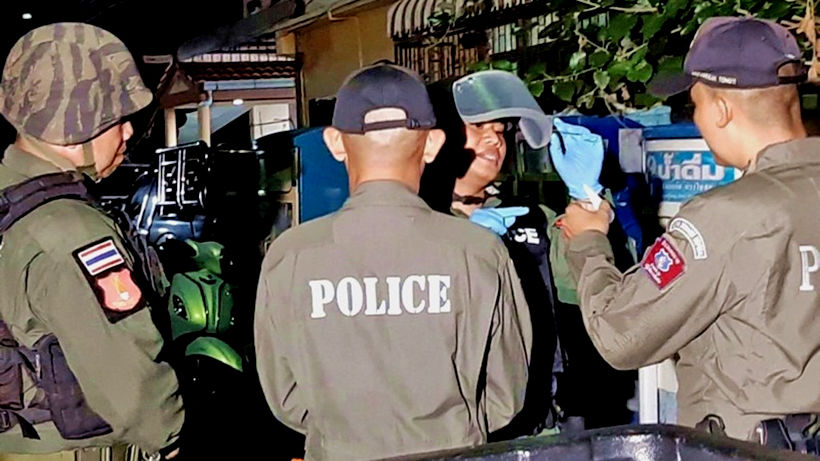 A lovesick Lat Phrao man is currently being questioned by police after allegedly throwing a suspected grenade into the apartment of the 20 year old girl he had fallen in love with. The incident happened at a Lat Phrao district apartment in northern Bangkok on Monday evening.

Lat Phrao police and officers from Explosive Ordnance Disposal headed to the apartment around 9.30pm on Monday night and found an M26 grenade inside thapartment. The device was not activated.

A witness says he saw a man riding a motorcycle into the Nawamin 95 alley and stopped outside an apartment building around 8pm.

“Suddenly, he threw something into an apartment on the third floor through a window.”

The couple living in the apartment told police they were terrified when the device landed inside but luckily the grenade didn’t explode.

The apartment building’s manager, Saranya Krueboon, says the suspected grenade thrower was likely a 50 year old resident living in the same soi and was smitten with the couple’s 20 year old daughter. But she already has a boyfriend. Before the incident on Monday evening, the daughter had taken her boyfriend to meet her parents and the suspect “may have become jealous leading him to commit the alleged crime”.

Police have arrested a suspect and questioning him at the Lat Phrao Police Station pending charges being laid.

Thai PM says he wants to prevent political protests, from either side