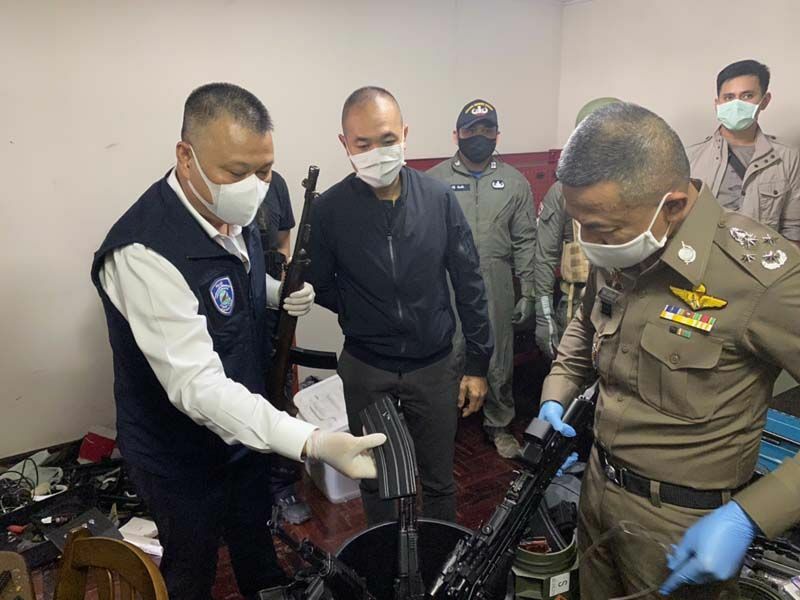 Police arrested a man in Samut Prakan, southeast of Bangkok, for allegedly possessing war weapons and attempting to sell assault rifles online through Instagram under the account “dewaffen,” the name of a Nazi military branch.  The “dewaffen” Instagram page for “Oz John Woo” has a combination of cat photos and gun photos. The bio says “military support/ small arms import/export service. Life is limited, please crazy every day.” The page was deactivated late this morning.

Officers raided the man’s condominium in the Bang Phli district and seized 9 assault rifles and 12,000 rounds of ammunition as well as numerous gun accessories and 2 grenades. Police say they also found 5 grams of methamphetamine and related drug paraphernalia.

37 year old Wu Qiang, from China, was arrested at the condominium and taken to the local police station. Police say they believe the weapons seized were being sold through the “dewaffen” Instagram account. 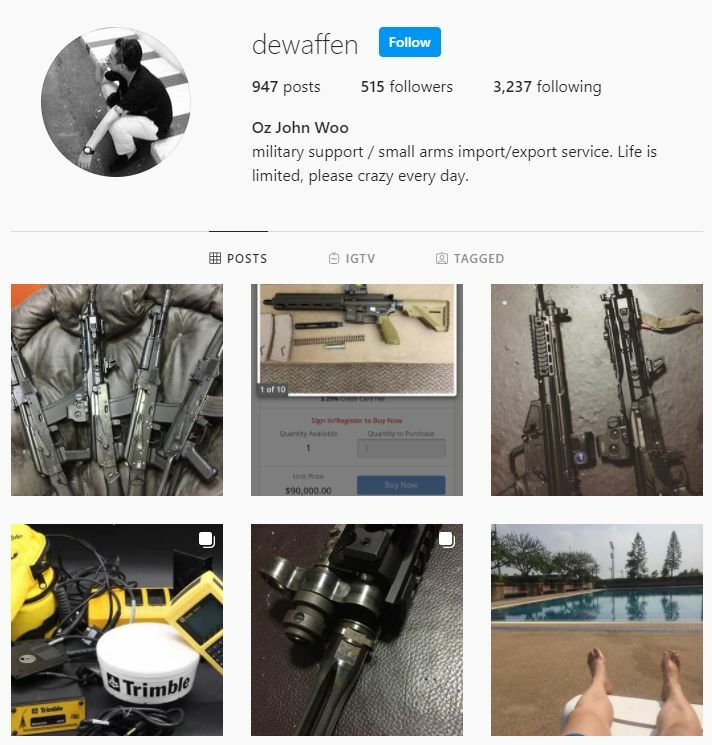