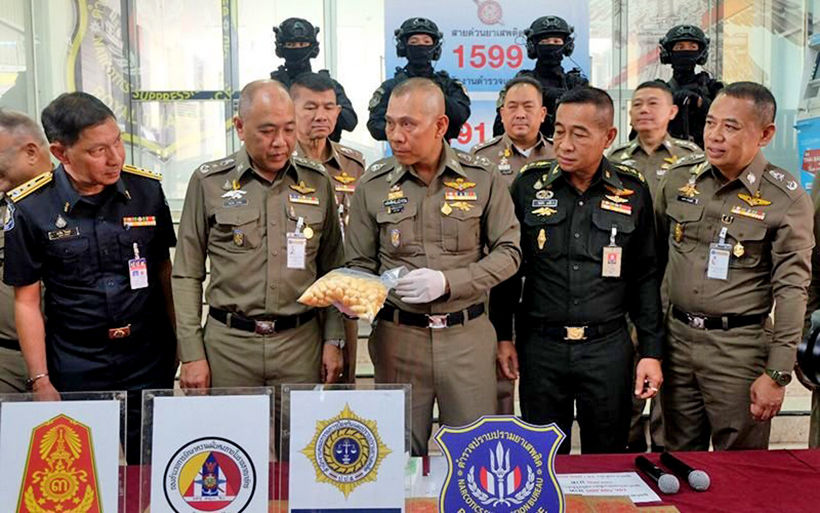 The deputy national police has announced the arrest of two suspects in two large drug seizures. Heroin weighing 100 kilograms, plus one and a half kilograms of cocaine were seized.

Deputy chief Pol Gen Chalermkiat Srivorakhan made the presentation to the media at the Crime Suppression Division headquarters in Bangkok.

The media conference went through the long list of police involved with the arrests and seizures. It is common for these media conferences to go through a ritual ‘back patting’ whilst presenting little detail on the actual seizures or their origins.

It is also unusual for such large quantities of heroin to to be seized in Thailand as the ‘drugs de jour’ tend to be mostly methamphetamine pills and crystal methamphetamine (ice), or marijuana.