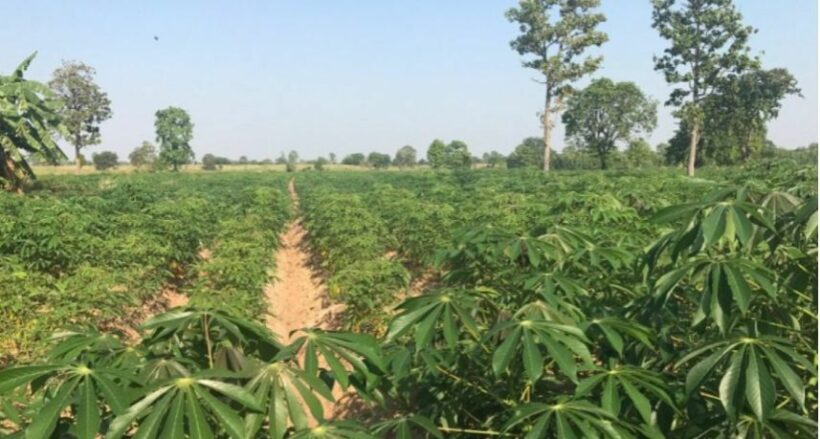 A human skeleton was found early this morning by a villager in a cassava field in the Muang district of Phitsanulok province in Central Thailand. Police investigators travelled to the field near Rong Wai Fad village in Tambon Don Thong after being informed of the discovery to determine if foul play was involved.

49 year old Lampoey Leepla said she and other villagers hired to cut the cassava trees went to the plantation in the morning, and while cutting the plants she noticed a bone sticking out from a shallow ditch. She says she first thought it was the bone of a dog, but after scraping dirt off of the bone, she realised it was larger than she expected.

When police officers and medical staff arrived, they found parts of a skeleton, which indicated they were of a man, aged 40-50 years old who died at least 6 months ago. The man was wearing a beaded necklace with an amulet, a military camouflage shirt, and a pair of black shorts that were similar to those worn by prisoners.

The jaw of the skeleton was broken with medical examiners saying the man may have had an accident. A preliminary inquiry has found that none of the villagers have gone missing and no one has been reported missing to the police.

The skeleton was sent to Naresuan University Hospital for an autopsy and to extract a DNA sample to determine whether the death was related to any known murder cases.