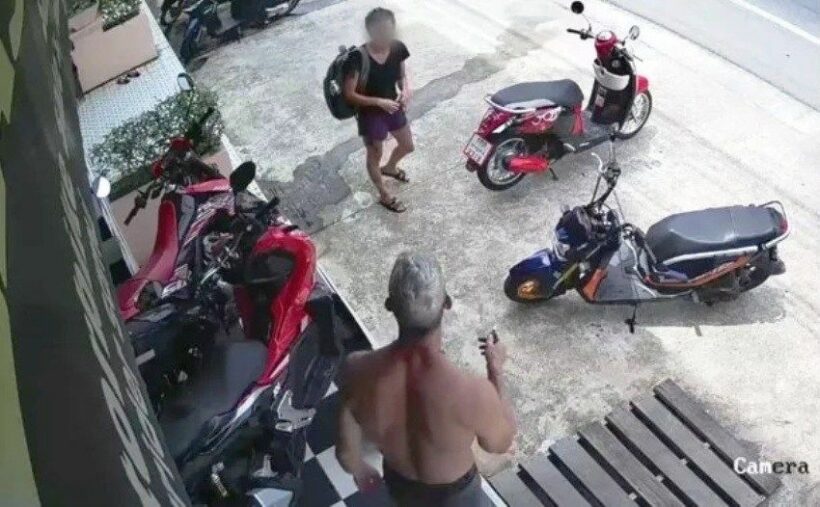 Police in the southern province of Surat Thani say they’ve found CCTV camera footage of a Ukrainian woman shortly before her death on Koh Samui. Authorities say the footage shows her on the same day she was reported missing. 32 year old Olha Frolova was found dead earlier this week in a case police suspect involves foul play.

Koh Samui police say that the route Olha took is “traceable” to the spot where her body was found. However they’re still unsure how she got there, since it’s a rural area with few security cameras. The body was recovered Sunday by a local mushroom picker, 2 weeks after her husband reported her missing.

The security footage, recorded at 1:08pm on May 25, shows Olha walking along a sparsely populated rural road in the Maret subdistrict of Koh Samui. Police said she had just returned a rental bike before setting out on foot. In the footage, she is wearing the same clothes that were found on her body.

The director of Koh Samui Hospital says said Olha’s body is currently undergoing a detailed autopsy at the Police Hospital in Bangkok. The results will take about 2 weeks. Koh Samui police say they believe she was murdered, as there were visible attempts to conceal her body. While they are treating her death as a homicide, no suspects have been named.