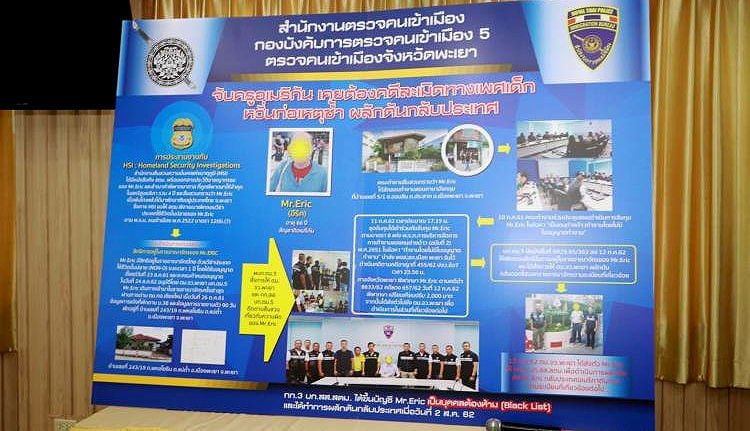 Immigration police have nabbed a convicted American pedophile in Phayao in the north of Thailand.

66 year old “Mr Eric” had a language school set up at his own home in the main city district of Phayao and was allegedly teaching children English without a work permit.

The man’s full name was not provided in the Siam Rath story.

Siam Rath reports that the chief of Thailand’s immigration bureau had received representations from the department of homeland security in the US about Mr Eric.

Homeland security officials told Thai police that the suspect had left the US after being convicted of sex crimes against children and was headed for Thailand.

The man was sentenced to four years jail in the US but the sentence was suspended. He was also ordered to pay a fine of $11,500 and compensation before he flew to Thailand.

Immigration police and the department of labour went to visit Mr Eric at his home on Soi Ormsin on Prasat Road. He had a small language school set up in his house and was conducting classes with children when officials arrived. They initially charged the man with working without a work permit and detained him ahead of probable blacklisting and deportation.