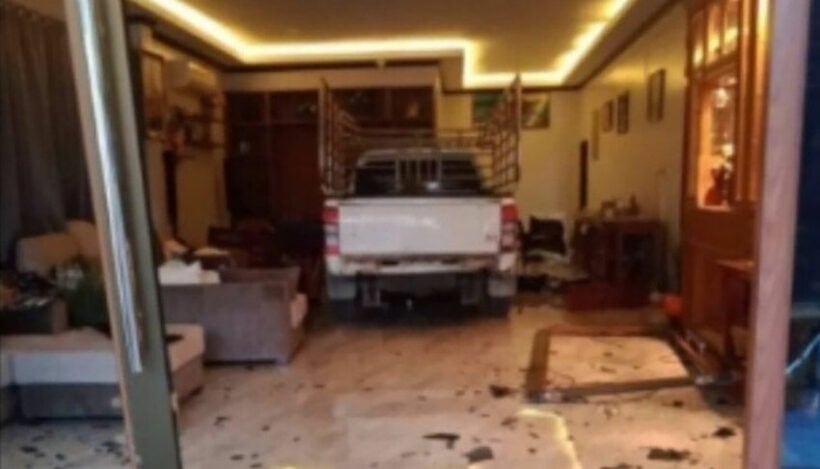 Police in the Pan Thong district of the eastern province of Chon Buri are hunting a 34 year old man who deliberately drove his pickup truck into his ex-girlfriend’s home in a fit of jealousy. His 42 year old ex, Uraiwan Kotsombat, has pleaded with police to find Chalermkiet Osodroob, saying he has previously threatened to burn her house down.

The man is alleged to have driven the truck through her living room, crashing into a wall inside the house. He is then accused of using a hammer to destroy property in the house, with his ex-girlfriend estimating the cost of the damage to be around 300,000 baht.