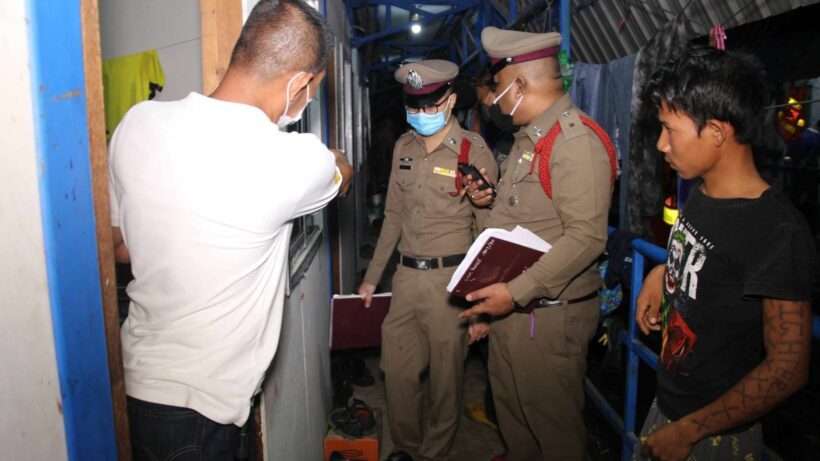 A Burmese carpenter was killed early yesterday morning at a central Thailand workers’ camp which houses hundreds of migrant workers. 32 year old Thein Tun, was stabbed multiple times and was dead by the time police arrived at the Sino-Thai Engineering camp in the Samut Prakan province, just south of Bangkok.

Police found a knife but are still looking for possible suspects. The workers at the camp are from Cambodia and Myanmar. Only some can speak Thai. Police tried questioning some of the workers with the help of those who could speak Thai, but no one said they knew or saw what happened.