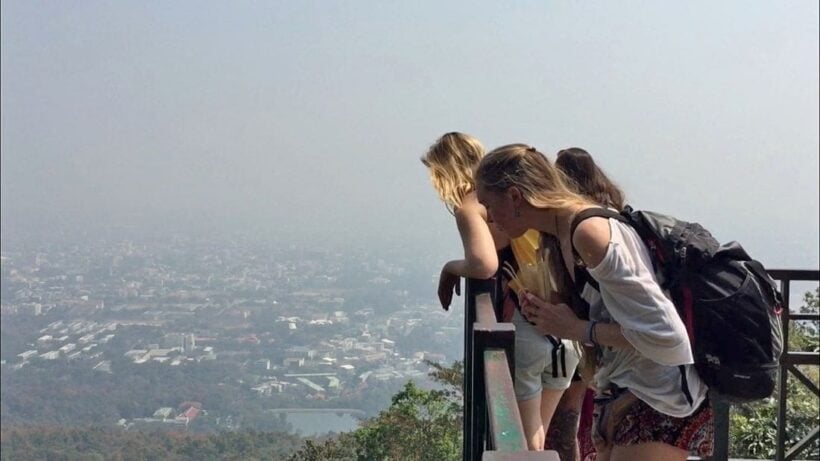 Last week PM Prayut Chan-o-cha issued an order to end the haze crisis in the North within seven days and declared the situation part of the national agenda.

Two days to go and there is still no respite of the hazardous levels of smoke and smog besetting the northern capital and adjacent provinces. The PM met with nine provincial governors and authorities directly involved with the smog problem last Tuesday ordering the problem be solved in 7 days.

But Greenpeace country director Tara Buakamsri says the haze was not simply an environmental matter, but rather demands multidisciplinary knowledge to bring the situation under control.

“It’s same story as four years ago when there was a similar level of spotfires around the region, identified by NASA satellites, and we still haven’t effectively undertaken anything to address it.”

Unlike the smog that enveloped Bangkok earlier this year, the haze crisis in the North stems largely from spontaneous dry-season forest fires and other fires deliberately lit to clear farmland and plantations, many of them in neighboring Myanmar and Laos as well as the northern provinces.

GISDA (Thailand’s Geo-Informatics and Space Technology Development Agency) has found that the number of hotspots in nine northern provinces, including Chiang Mai, has been climbing since early March. From the dozens initially seen, the number soared in mid-March, surpassing last year’s record for the same period.

The statistics are supported by those of the Royal Forestry Department, which recorded at least 5,909 hotspots in the North last Monday. Of these, 641 were burning outside forestlands, 772 were on farms abutting forests, and 4,496 were within forests. Project researchers found that bans imposed on outdoor burning every March and April do little to deter farmers from burning off the leftover stubble in their fields ahead of the rainy season.

The fear is the situation is worsening, not improving, and the Thai PM’s optimistic directive has resulted in no reduction of the choking haze and smoke at this stage.

In the short-term, unless the fires can all be magically extinguished, the only hope is an early onset of the rainy season and some clearing winds – neither appear on the horizon at this stage.