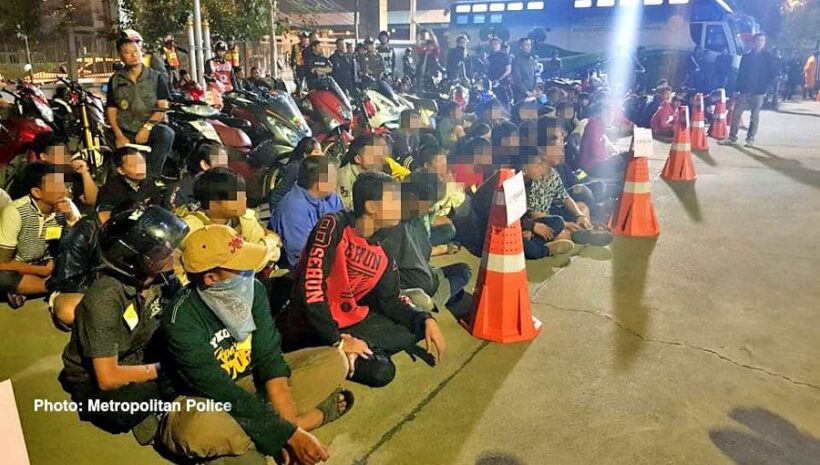 Police arrested 83 motorcyclists and seized 79 motorcycles in this week’s regular crackdown on the streets of Bangkok. The motorbikes were found to have been illegally modified for road racing. 4 of the arrested were of people under the age of 18 and one was arrested over illicit drug abuse.

Police also checked 28 motorcycle repair shops in the same jurisdiction and seized two illegal exhaust pipes that could emit noise louder than the legal limit. Nithithorn says police also suspended the use of 28 big-bike motorcycles for 30 days after they were found to make noise louder than the legal limit. The weekly arrests are an attempt to address the street racing circuit, often organised over social media, and the accessories to modify motorbikes to increase speed and noise.

Sacred waters begin their journey to Bangkok for Royal Coronation