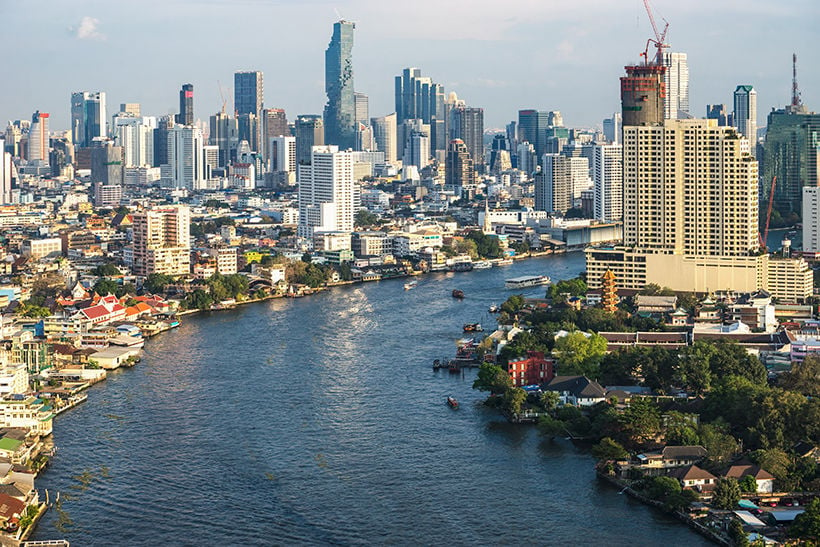 Bangkok recorded the lowest air quality index in 2020 today, according to aqicn.org.

The website data show that Bangkok air quality index (AQI) had a PM2.5 level of only 53 micrograms per cubic metre (μg/m3) on average. The AQI is a standard that indicates the level of air pollution. 100 AQI is considered ‘moderate’. The suburbs with the lowest PM2.5 levels were Samut Prakan Province, just south of Bangkok.

Thailand’s “safe level” of  PM2.5 is 50μg/m3, twice that set by the World Health Organisation.

Bangkok’s infamous air pollution has been a perennial issue for years, particularly between January and March. Throughout the year the harmful air quality has exceeded more than 100 AQI a total of 70 days. The Thai capital was ranked ‘third most polluted city in the world’ on January 9, according AirVisual.com.

Haze has been a common problem in North & Central Thailand for more than a decade, largely due to crop field burning before and after harvest. It mainly occurs from January to April, but peaks in March as extremely dry conditions increase the number and severity of forest fires.