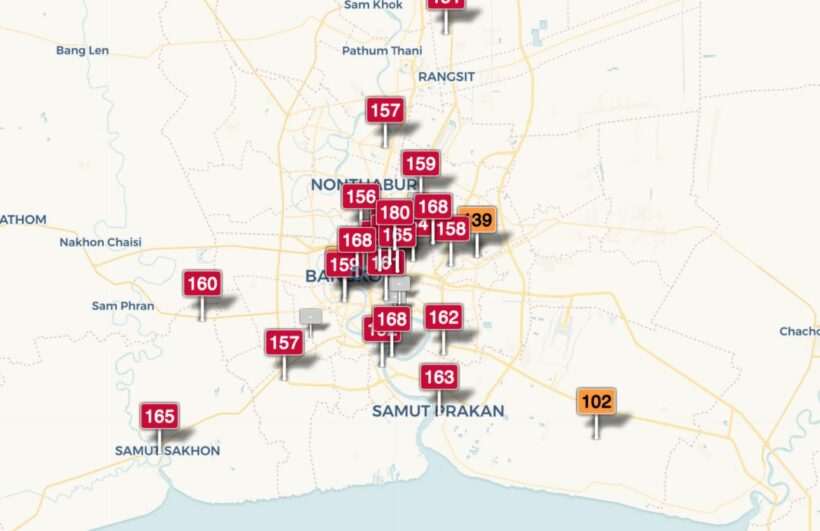 Flimsy paper face masks will be the only winner in the latest round of air pollution smoking up Bangkok at the moment. The Thai Pollution Control Department reports that excessive PM2.5 particulate is currently on the rise in the capital, suburbs and two neighbouring provinces.

PM2.5 particulate is the term used to describe very fine dust particles that reduce visibility and can make the air hazy and smoky. Studies show that an increase in PM2.5 can cause or worsen respiratory problems such as asthma and bronchitis, with those exposed to excessive levels at increased risk of heart and lung disease.

Thai PBS World reports that The Pollution Control Department puts the air in Bangkok and surrounding areas as below standard, with PM2.5 exceeding 100 microns in some areas, up to 180 in one location.

Residents in those areas are advised to protect themselves while outdoors.

The usual response from the BMA and Thai government is to roll out the water cannons and requests for people to only use their cars if necessary. Meanwhile, the main polluters – factories, dirty diesel buses and regional burn-offs – continue unabated. 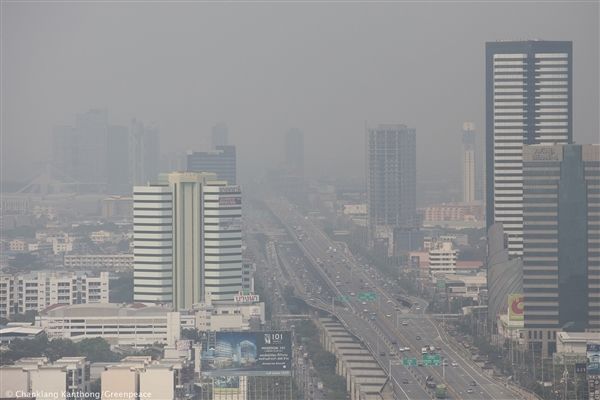 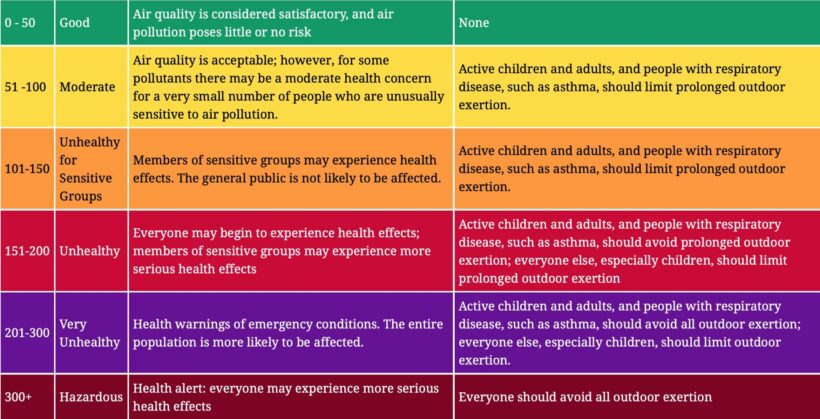